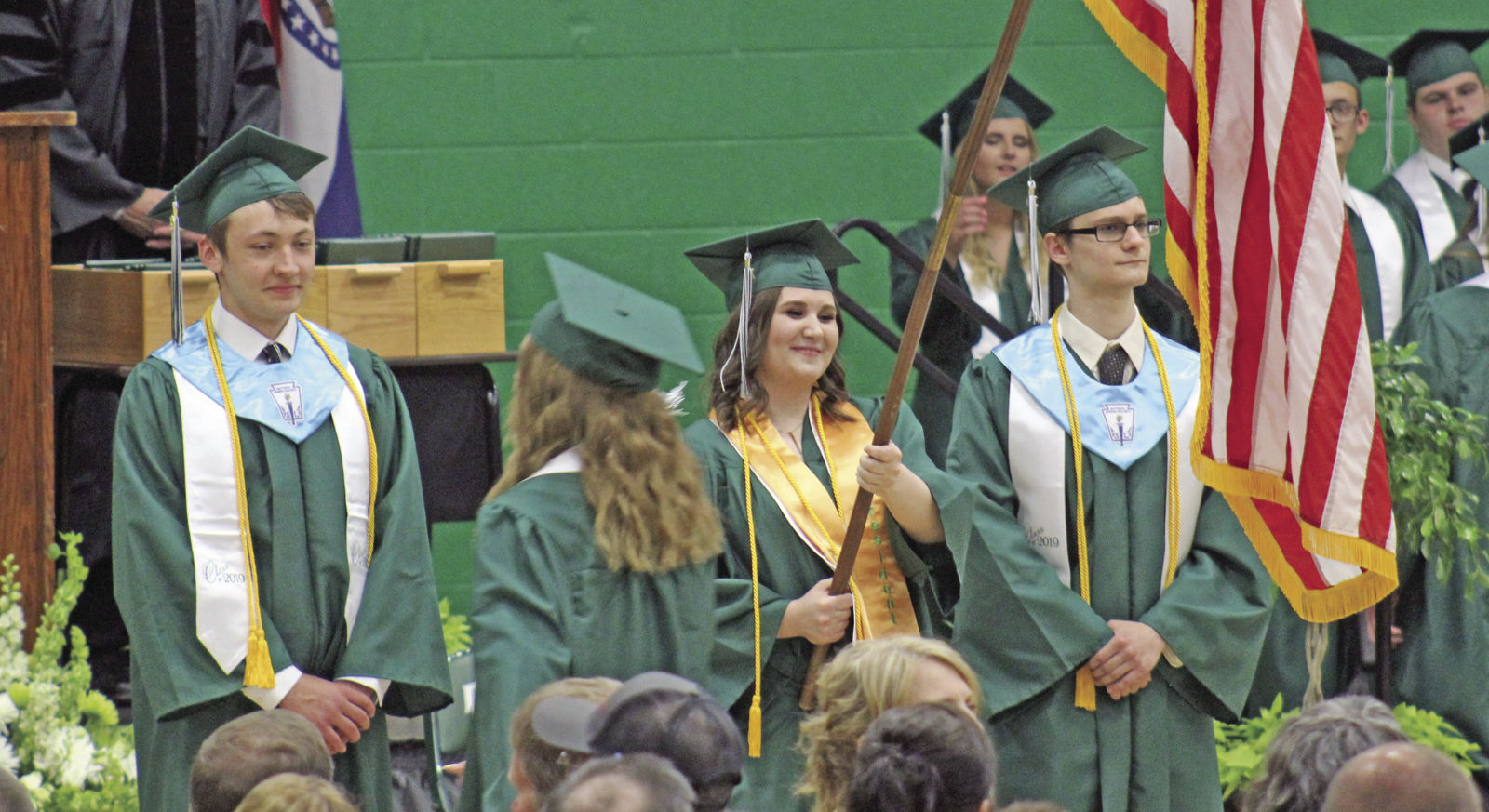 Clayton Huck, the Ste. Genevieve High School Class of 2019 valedictorian with the perfect score of 36 on the ACT and the scholarship to the University of Missouri-Columbia, showed how much he’s been listening over the years by quoting several teachers during his address on Saturday night at the school’s 105th commencement ceremonies.

The ceremonies saw 120 students in the Class of 2019 walk across the stage in the Peggy J. Johnson Gymnasium to receive their diplomas.

Students were recognized for a number of achievements during their high school careers:

— Huck and Julia Anne Koetting earned the 2019 Danforth “I Dare You” Awards.

Ste. Genevieve High School principal Chris Hoehne paid tribute to Lukas Paul Welton, who died in an accident in 2013. A portrait of Welton was placed in a chair in front of the stage, and the class dedicated the ceremony to him.

See the May 22 edition for the complete story and more photos.