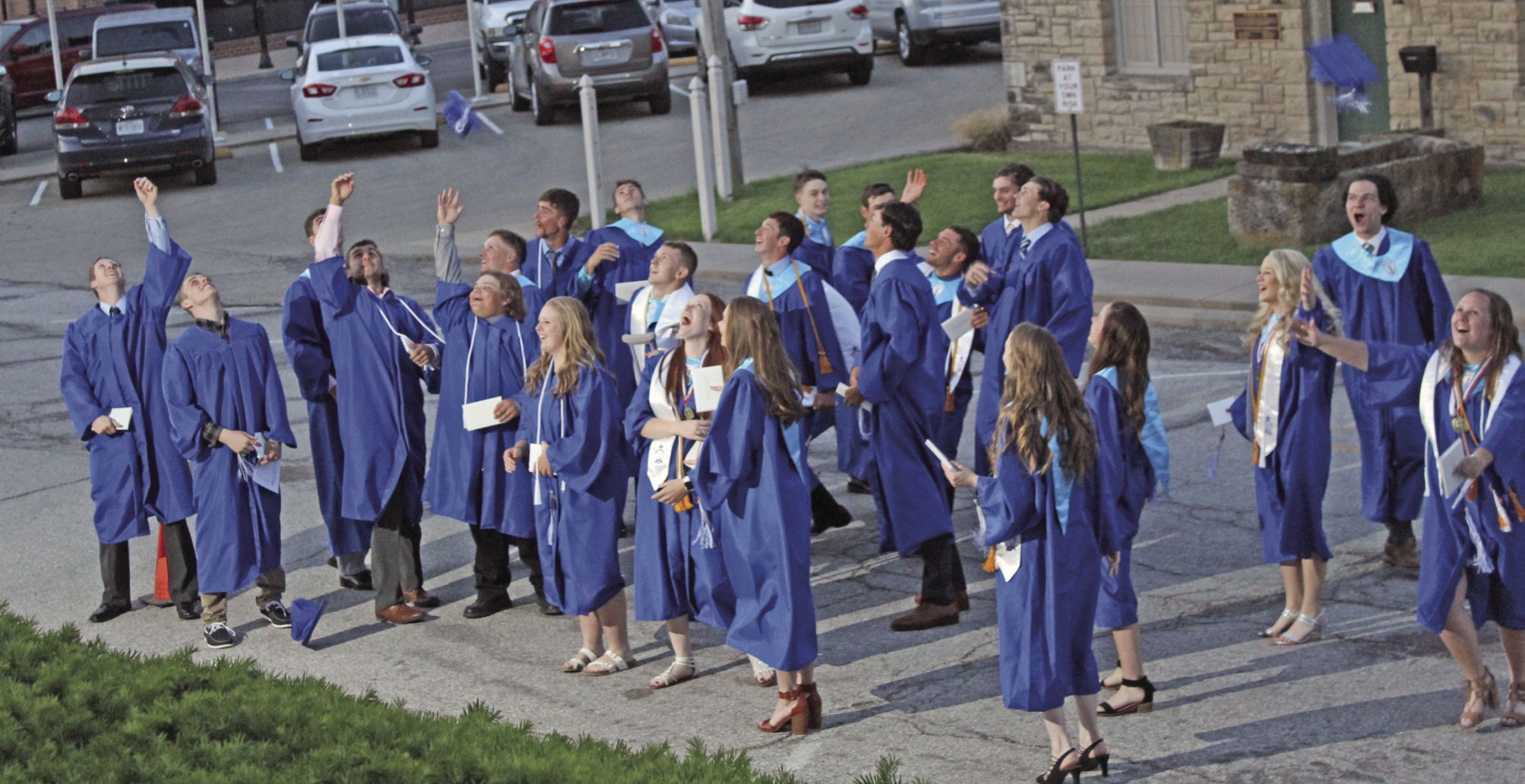 Noting the small size of the class during her speech, co-salutatorian Hannah Wood said, “The saying ‘quality over quantity’ represents our class best.”

Valle Catholic Schools president Rev. Edward Nemeth, taking part in his second graduation ceremony at the school, said the students were prepared to move into the next phase of their lives as humble servants of God.

The Gospel for the Mass was John 13:16-20, during which Jesus tells his disciples “no servant is greater than his master, nor is a messenger greater than the one who sent him.”

“There is an entire disease in our human nature, especially today, where we want to think that we are the sea of wisdom, that we are the center of the universe,” Nemeth said. “No one is greater than God.”

He reiterated that the world does not center around us.

“You should be ready to leave,” he told the students.

He said the students’ experiences that they have gone through together during their school years will gain richness and meaning as they get older.

“We can only do that if we remember our place in the world. And it is not about us,” he said. “That whole world out there isn’t about you, it’s about how you can serve that world.”

On behalf of the school’s staff, he honored the students’ accomplishments and pledged support for their future endeavors.

“We know that when you walk out of these doors, that you will know exactly who you are,” Nemeth said, “and most importantly, whose you are.”

See the May 22 edition for the complete story and more photos.