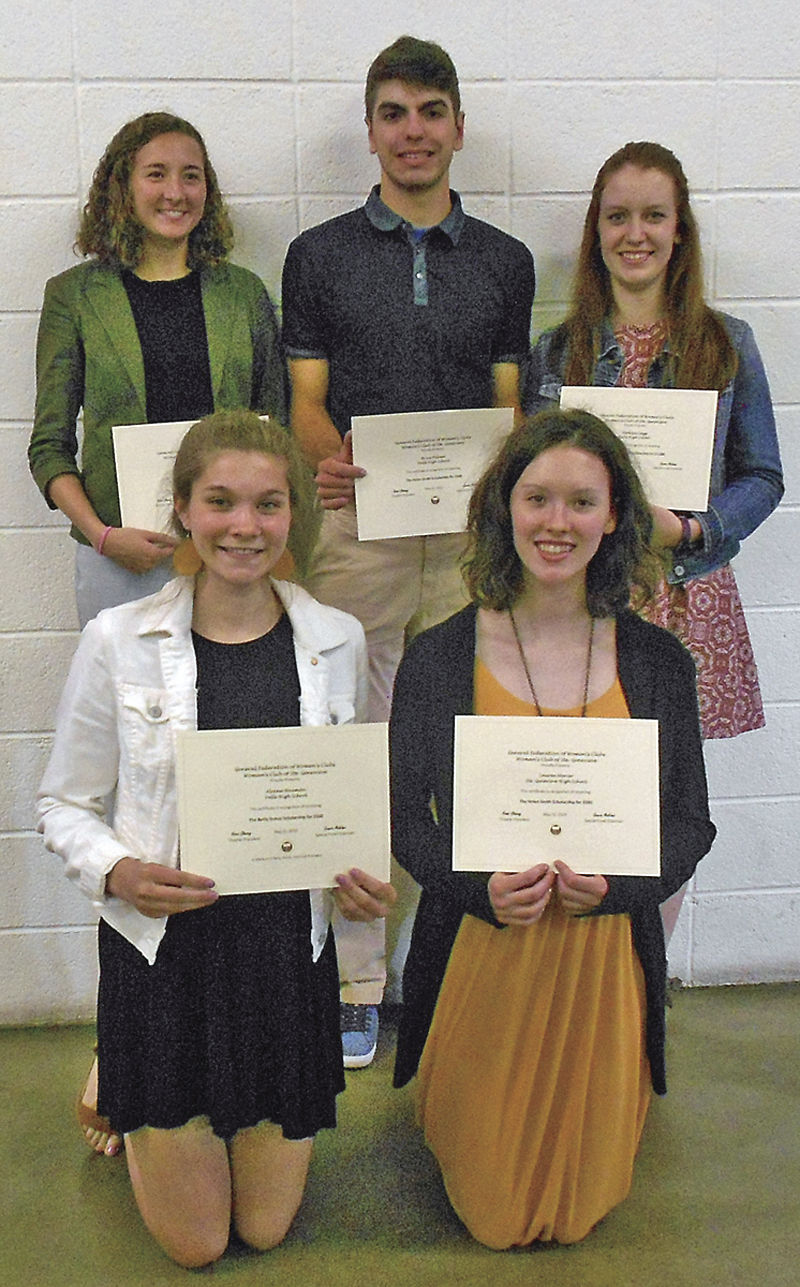 The mission of the GFWC Woman’s Club of Ste. Genevieve is to strengthen its community and enhance the lives of others through volunteer service. The club helps to create change by supporting the arts, preserving historical and natural resources and advancing education through scholarships.

It was the “advancing education” part that made club members who attended the May 13 meeting at VFW Post 2210 particularly proud.

They were there to endow deserving young high school students with thousands of dollars in scholarships and purposeful programs that advance their educational opportunities.

The pride in their accomplishments was reflected in the faces of the 17 students from Valle and Ste. Genevieve high schools who attended with their counselors to receive the awards.

Two levels of scholarships are available to graduating seniors at both local high schools each year.

An additional scholarship was awarded this year only — the GFWC Woman’s Club Betty Donze Scholarship, in honor of her serving as club president in 1957-58 and her 67 years of service to the club.

Other statewide scholarships, including the Missouri Leadership Seminar, Hugh O’Brien Youth (HOBY) Leadership program and the Sophomore Pilgrimage, are awarded to students for programs that promote good citizenship and leadership.

Additional scholarships providing $260 for Viking Music Camp at Jefferson College are made available at the elementary and middle school levels.

The seminar seeks to give student government leaders, academic achievers, athletes and others the opportunity to learn about topics that impact their lives today and in the future.

The approximate cost is $300 per student.

The Sophomore Pilgrimage promotes good citizenship and enables students to see state government in action. Students visit elected officials in session and are presented with a certificate of merit in citizenship.

The approximate cost is $200 per student.

The annual Youth Writing Contest sponsored by the GFWC Woman’s Club of Ste. Genevieve narrowed down the many entries via local independent judges to first, second and third and honorable mention in two categories — short story and poetry.

A President’s Choice Award was presented to Maria Marzuco for a heartwarming short story.

Those local winning entries were sent to the GFWC of Missouri State Conference competition, and their judges closely agreed with ours, awarding Ste. Genevieve’s first, second and third places the state designation as well. Each of the six writers went home with two certificates of achievement.

The first-place winners in each category also were entered into the GFWC International contest with results to be announced at the annual convention, which is scheduled for Saturday, June 29, through Monday, July 1, in Austin, Texas.

The first-place winner in both the poetry and short story categories at the State level is Emma Langeneckert of Valle High School.