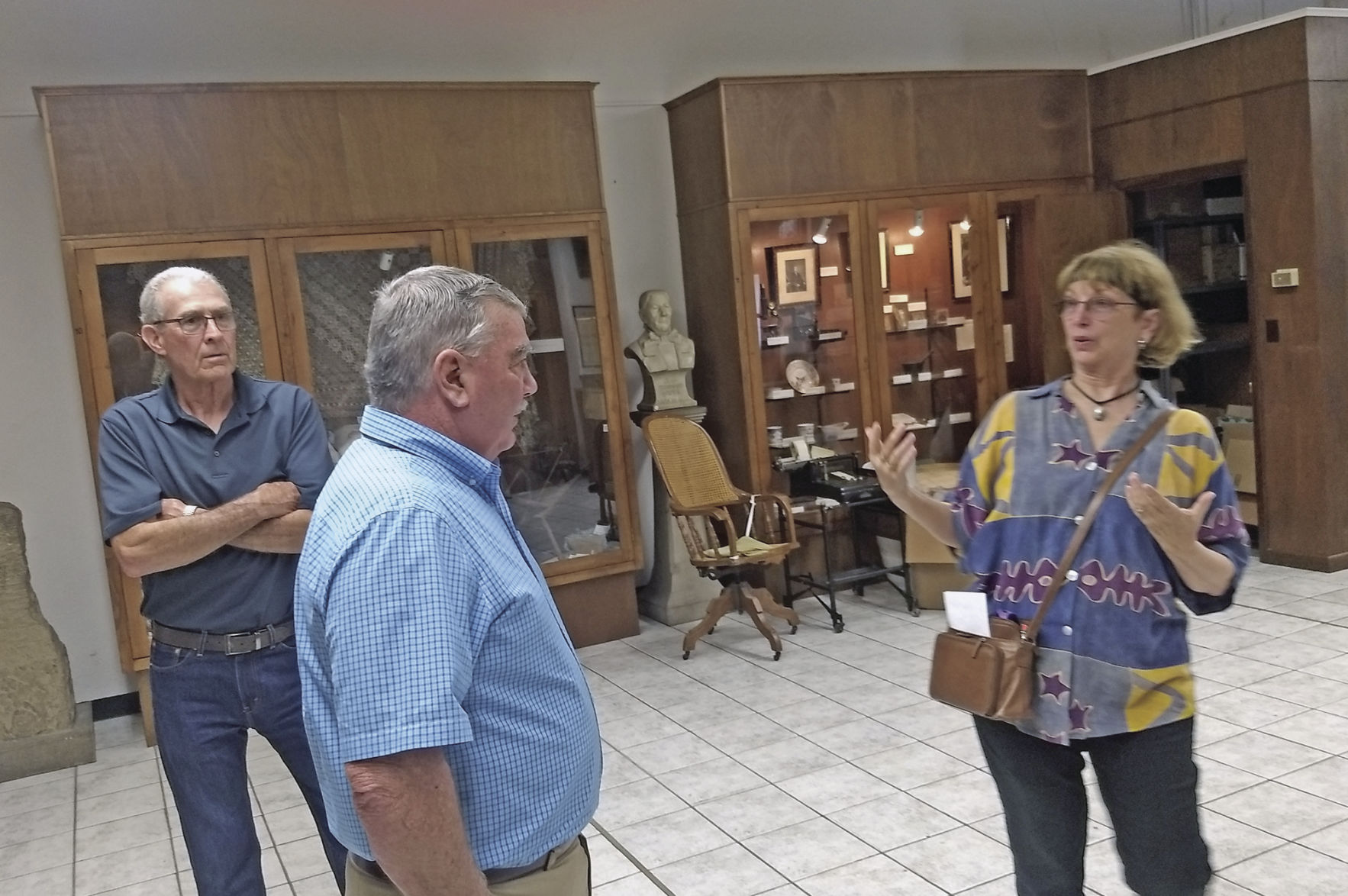 The Ste. Genevieve Museum Learning Center is expected to open this year at its new location in the old Koetting building on Market Street, but it has not been able to remove all of its belongings from the old museum building.

The art guild will move into the building as soon as practical and will set up an art museum and gallery.

She and the commissioners walked through the 1933 rock building to discuss problems that will need to be addressed. That included what appears to be mold high on one wall and the stain from an old roof leak on another. The spot did not appear to be wet from the rains earlier that week.

Several glass and wood display cases line the main room of the building. Most are unattached to the walls.

Neither the museum nor the art guild wants to keep them. Anyone interested in taking them should contact Nelson at the courthouse.

Nelson expressed pleasure that the building will be used for a purpose closer to its original intent rather than excess courthouse record storage or office space, as had been discussed.

“I think it’s really going to be a plus to the downtown area,” Nelson told Bach.

See complete story on the County Commission in the May 22 edition of the Herald.