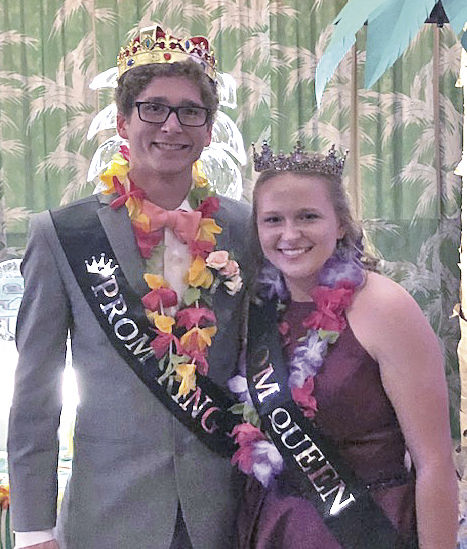 Luau 2019 was organized by Class of 2020 and their sponsors, Dr. Tracey Eatherton and Dr. Michael Ruch.

Hula lessons were provided by Tropical Fire Hula Dancers. Music was provided by Michael Ruch. The master of ceremonies was Broc Kreitler.

Flower arrangements were provided by Connie’s Buy the Bunch. The fabulous food creations were courtesy of Marie Bethel, Jocelyn Flentge and Geneva Crump, a few of Eatheton’s students.

Rozier’s Country Mart provided construction materials for the decorations. Students and staff recognized junior Gabe Bova for helping clean up after the event.

Jesse Pinkley and Julia Koetting were crowned the 2019 prom king and queen.

The limbo champions of the night were Jennifer Humbolt and Jesse Pinkley.

(Information in a news release from the Ste. Genevieve R-II School District)

In the schools: St. Agnes students learn about explorers

In the schools: SGMS student excels in art contest

In the schools: Valle Catholic shows the Christmas spirit