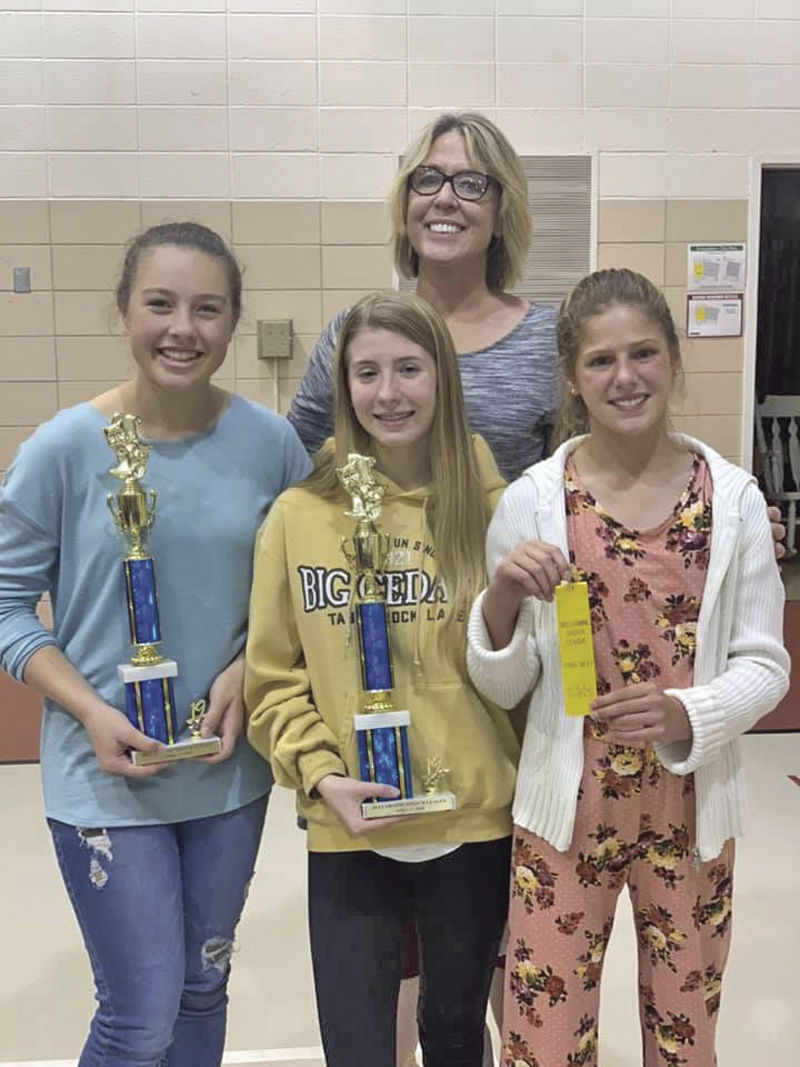 Three St. Agnes speech team students participated in the final Bellarmine Speech Meet on April 27 at Cor Jesu Academy in St. Louis County. In speech meets, students in fifth through eighth grades develop and improve their public speaking skills by memorizing and performing material in humorous, serious and duet categories. At the final meet, students competed against four times the usual amount of schools and were scored by four judges. A perfect score from all four judges won a gold ribbon and the top 20 percent in each category also received a trophy.