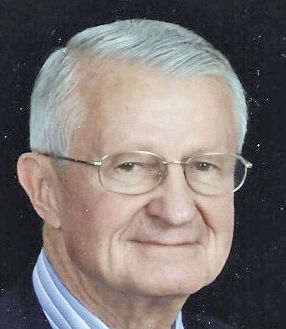 Vincent Conrad Baechle of Ballwin, Missouri, died on Wednesday, April 24, 2019, at Mari de Villa in Town and Country, Missouri. He was 85 years old.

He was a member of St. Joseph’s Parish in Manchester, Missouri, for more than 53 years, serving as Eucharistic Minister, vice chairman of ADA Campaign, finance committee, school board, as well as various leadership roles for the Annual Sausage Supper.

His hobby was woodworking, designing and building furniture over the years. He loved to travel with his wife, and they visited 49 of the 50 states. He also enjoyed being at their Lake House in Camdenton, Missouri, and spending time with his family.

Memorials may be made in his name to the St. Vincent de Paul Society at St. Joseph’s Parish, or Masses in his name.