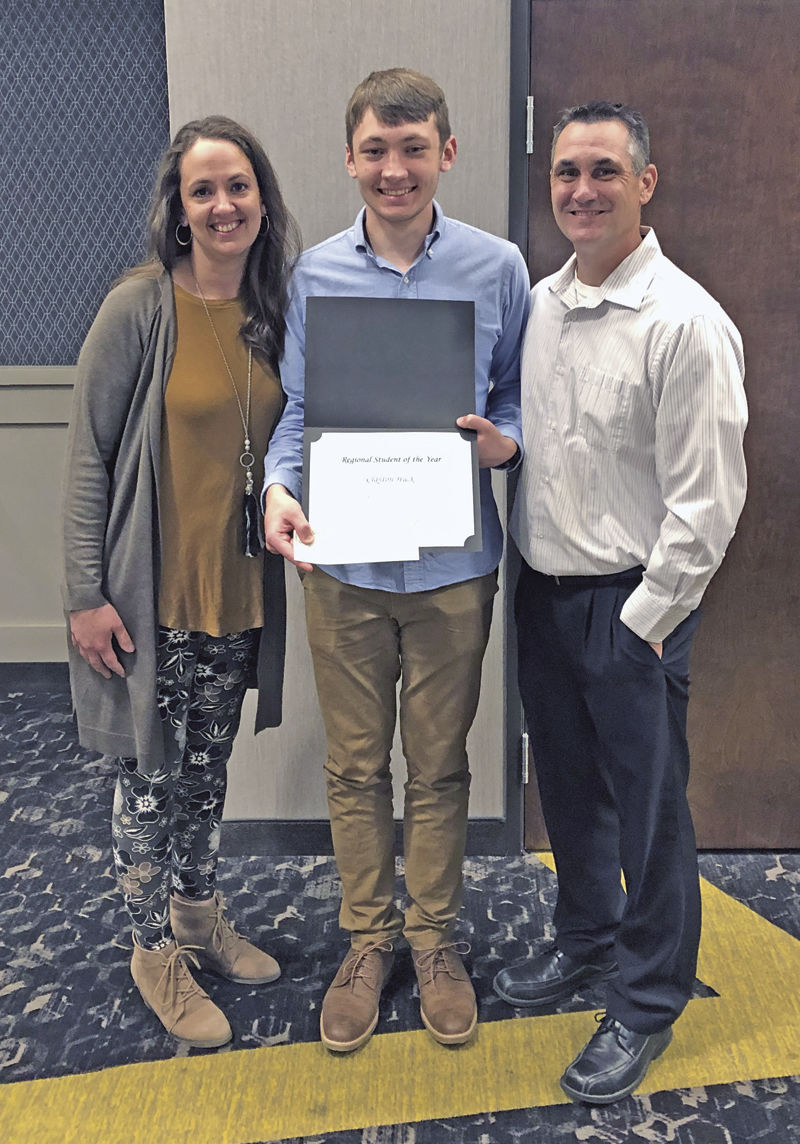 Ste. Genevieve High School senior Clayton Huck was recognized as a runner-up for the inaugural Southeast Missouri Superintendents Association’s Student of the Year Award at a banquet on April 25.

Ste. Genevieve High School nominated Huck for the honor, and he was chosen as one of three finalists in the region. Huck and his parents, Daniel and Heather Huck, were in attendance at the banquet. Along with the recognition, Clayton Huck received a $500 scholarship.

“Anyone who knows Clayton would not be surprised that he was the student chosen to represent our school district,” Ste. Genevieve R-II School District superintendent Dr. Julie Flieg said. “Not only does he offer his best into everything he does, but he does it with a smile. Clayton constantly strives to be his best self, and that is reflected in the effect that he has had on his classmates and our community. We’re so proud to have Clayton recognized with this honor.”