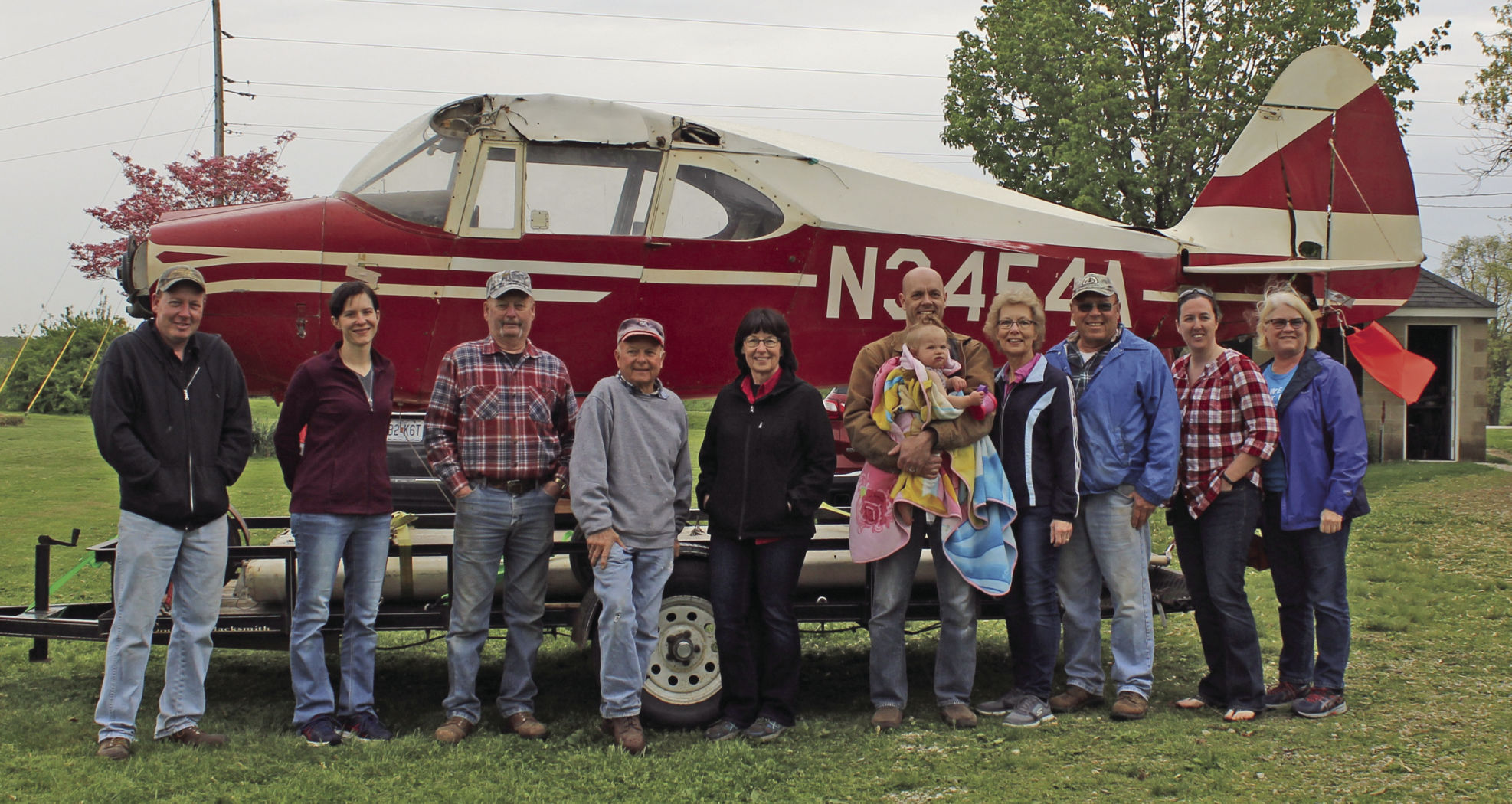 For the Otte family of Ozora, memories of family road trips take a back seat to the memories of their father flying them around in his 1953 Piper Tri Pacer airplane.

“It was quite an adventure,” said Tina Jokerst, one of Edgar Otte’s children, as she and some of her siblings remembered the days of their youth. “That’s what we did on a Sunday after Mass, go the airstrip and fly all afternoon.”

Stories about Edgar Otte flowed on a recent Saturday when local aviator Leon Basler took possession of the four-seat airplane that Edgar Otte and Louis Sexauer fixed up roughly 60 years ago. The plane had sat in storage in Ozora since 1975, removed from the Ste. Genevieve Airstrip on the back of a grain truck as another round of Mississippi River flooding rolled in.

It was at that airstrip in the fall of 1963 that Basler — then 14 years old — took his first airplane ride, with Edgar Otte as the pilot.

“I knew I wanted to fly an airplane way before that,” Basler said. “That was kind of my dream even really when I was a small child. I always wanted an airplane ride, it just seemed like I never had the opportunity until I got a chance to ride in that one.”

Not long after that ride, Basler started taking lessons — unofficially — from Sexauer. Basler was not yet 16, and Sexauer was not yet a flight instructor, but Basler recalled “every so often, he’d give me a short lesson.”

When Basler was old enough to take lessons, Sexauer brought him to Sparta and told the instructor there what he had worked on with Basler.

Basler said he had talked with the Ottes for several years about the airplane. He told them his plans were to rebuild it the way it was with the same paint scheme while having some newer avionics installed in it.

“I’m going to have on the airplane that it’s being flown in memory of Edgar Otte, and also his son David,” said Basler, noting that David Otte had an interest in the plane but died in 2015 before being able to work on it.

Basler said last weekend he wasn’t sure how long it would take or exactly how involved the project would be.

“I’d like to have it done within three years,” he said. “I don’t know what I’ve got there yet. I haven’t had an opportunity to check out the engine and scope it out. … I’m hoping that all the structure is still good. …”