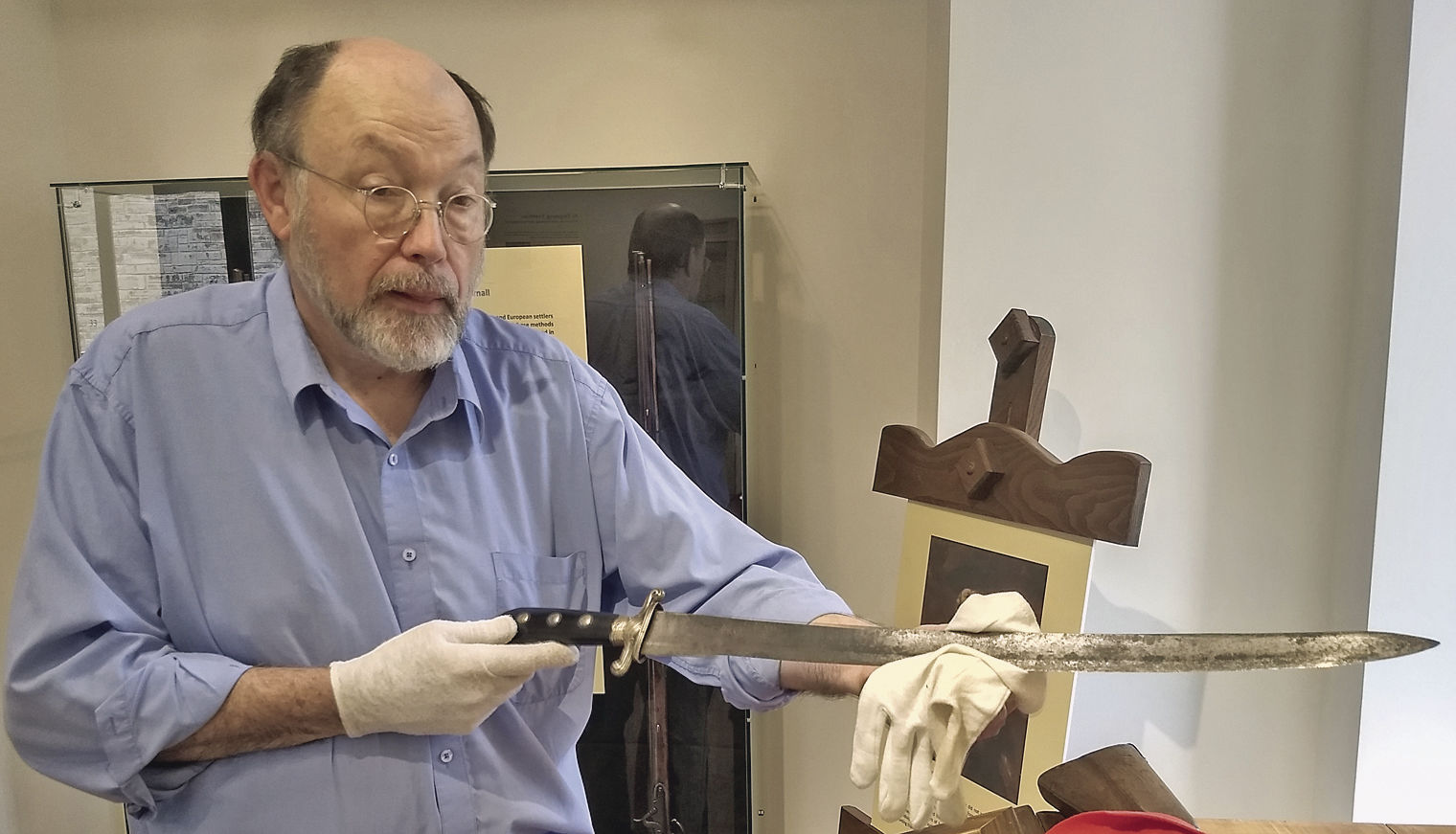 From the time the Centre for French Colonial Life opened in the former Bank of Ste. Genevieve building in April of 2018, the idea was to rotate primary exhibits.

This spring, a hunting and fishing display has replaced the archaeological display previously set up in the main display room. It was kicked off Saturday with special activities that served as the exhibit’s official opening.

“It’s not a huge exhibit, but it’s got some really interesting things, like the Escapada. Probably, most people haven’t been able to see one of these, a real one before,” said Geoff Giglierano, executive director of French Colonial America, which runs the museum. “It’s pretty cool.”

The Escapada is an original 18th-century Spanish gun that was loaned for the display.

The French settlers picked up hunting techniques from the Native Americans here. There was no real hunting tradition in Europe. With wild animals considered the property of land owners, about the only hunting peasants could do was illegal poaching.

The exception was the professional hunter, who hunted for the nobility.

The transplanted Europeans picked up the art quickly, though, and found a wide selection of edible prey in the area.

Deer, elk and an occasional bear were hunted for food.

Locals, like their native counterparts, would sometimes travel to what is now northern Missouri periodically to hunt bison. Meanwhile, lots of smaller critters — such as rabbits and squirrel — sufficed as sources of protein.

Of course, there were plenty of fish in the rivers and streams, as well. In addition to catfish, lake sturgeon, gar, paddlefish, frogs, turtles and crawfish were all eaten.

Plants that made their way to the dinner table included some choices that seem dubious today, like cattails, dandelion, American lotus, and nettle, in addition to wintercress, sassafras, wild onions and mushrooms and lots of berries and nuts.

See the May 8 edition of the Herald for the complete story.