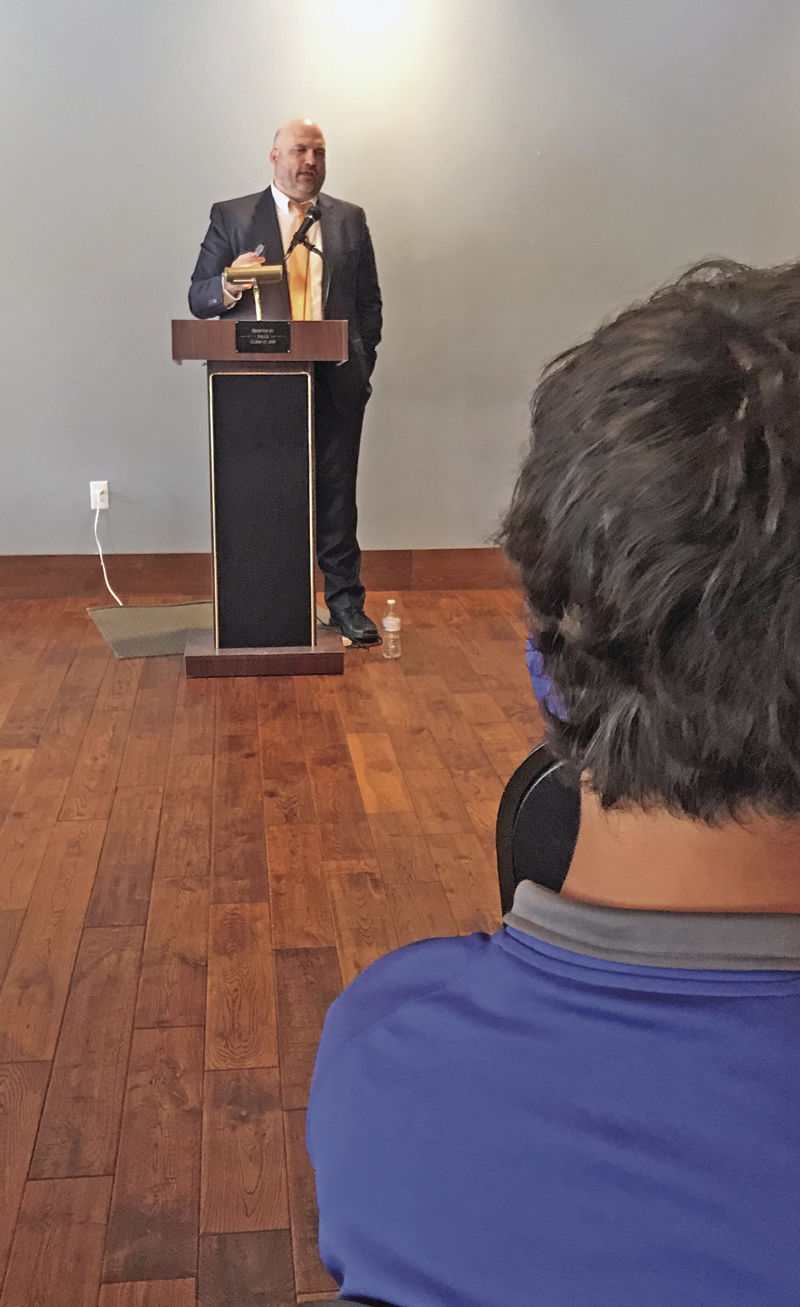 The speaker was Matthew Brummund, special agent with the Federal Bureau of Investigations.

Brummund started his career as an attorney in 1995 following graduation from the University of Michigan Law School. He was an assistant prosecuting attorney in Michigan. He became an FBI agent in 2002.

He is currently stationed in St Louis, raising a family of six children.

Brummund spoke to students about his career path through many varied positions in the FBI. He emphasized to the students to major in what they love in college. He said there are many different paths to become an agent with the FBI or other similar federal law enforcement organizations that serve the country and communities, such as the Drug Enforcement Agency, Homeland Security Agent or Central Intelligence Agency.

“This type of exposure is fantastic for our high school students, from freshmen to seniors, who are discerning what majors or career paths to pursue,” said Cindy Loida, Valle Catholic Schools Foundation president.

“Valle Catholic is grateful to the foundation for hosting our students in for a professional Lunch & Learn series,” Rev. Edward Nemeth, head of Valle Catholic Schools, said. “We are so very fortunate to give them these experiences.”

The series continues this year and into next school year.

(Information in a release from the Valle Catholic Schools Foundation.)