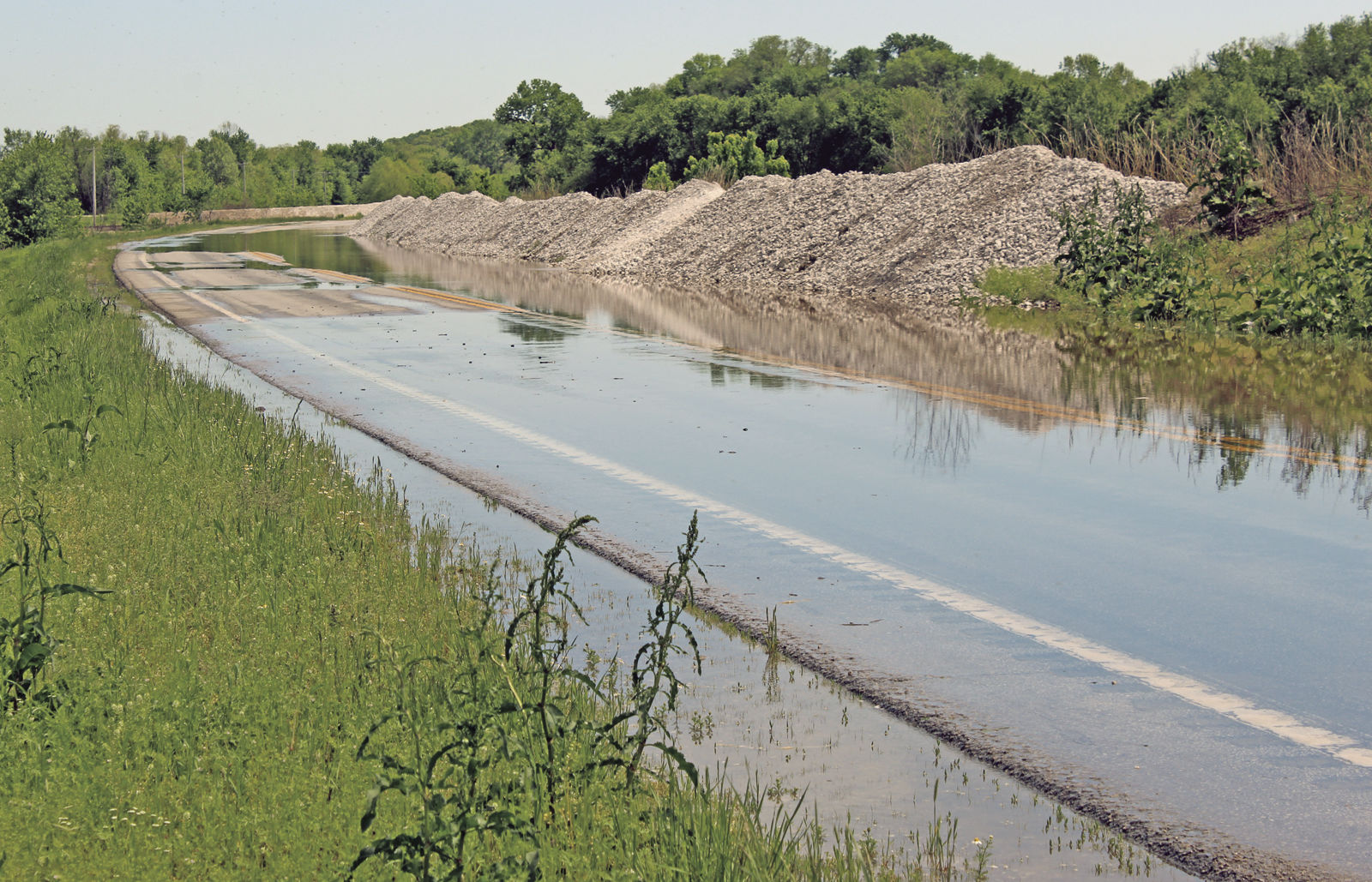 Rising water was among the topics of concern at last Thursday’s Ste. Genevieve County Commission meeting.

Felix Meyer, the county’s emergency management director, reported that he had met with city of Ste. Genevieve and Mississippi Lime Company officials to discuss anticipated flooding. The Mississippi River was predicted to crest at more than 44 feet on the Chester, Illinois, gauge by Monday. [It was later amended to 43.6 feet and then again to 42.7 feet but more rain was forecast for this week.]Meyer said that one or two trucks would be dispatched to help out in St. Mary.

During his report to the County Commission, road and bridge foreman Scott Schmieder said that five of his department’s trucks have been hauling rock to help protect the big field from flooding, with one kept in the shed for emergencies.

Bain said he had been speaking to U.S. Army Corps of Engineers personnel, who were concerned about Levee District 2, whose levees only go to 42 feet.

Presiding Commissioner Garry Nelson told him that Levee District 2 was opening the Mitchell Island Levee at its lowest point, to allow water to seep in behind it.