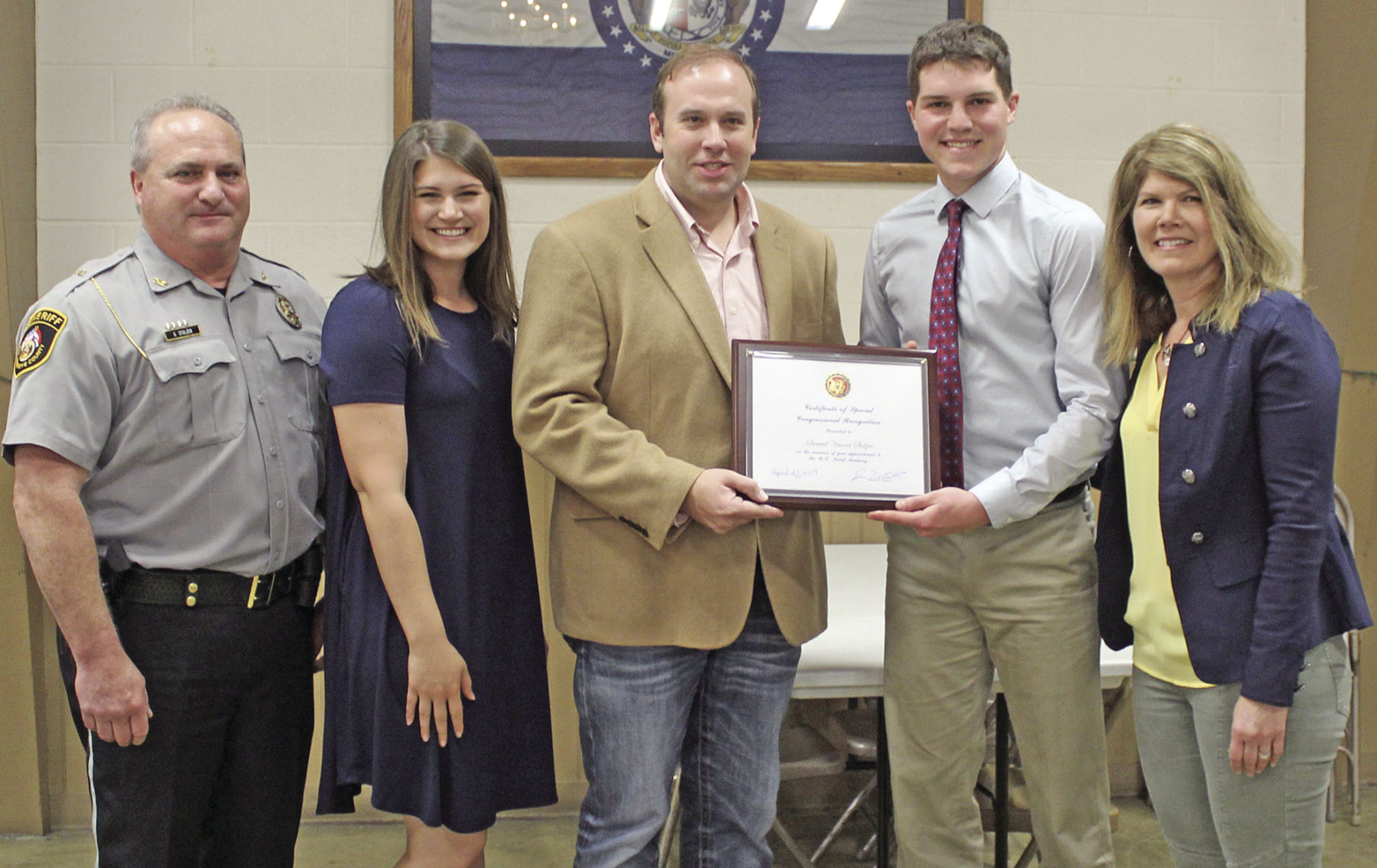 His father has been Ste. Genevieve County Sheriff for the majority of Stolzer’s life.

Both of his grandfathers and one of his cousins served in the military.

“They were really proud of their military service,” Stolzer said of his grandfathers, “and they gave me the thought that I could really be proud if I do something like that as well.”

But it was a random encounter during the solar eclipse in August of 2017 that solidified Stolzer’s goal to attend the U.S. Naval Academy.

“It was probably around my sophomore year that I started looking into it,” Stolzer said. “During the eclipse, I met this family from Wisconsin. The husband actually went to the Naval Academy, and I just started talking to him about it. He just got me really excited about the academy and got me really interested.”

Stolzer was accepted in February of this year for admission to the U.S. Naval Academy in Annapolis, Maryland.

He plans to study engineering.

He also was accepted to Purdue University in Indiana and the University of Missouri in Columbia.

“When I got into the Naval Academy, I was like, ‘I have to go there,’” Stolzer said. “I’m really looking forward to meeting people from all across the country. … I’m just really excited.”

See complete story in the May 1 edition of the Herald.