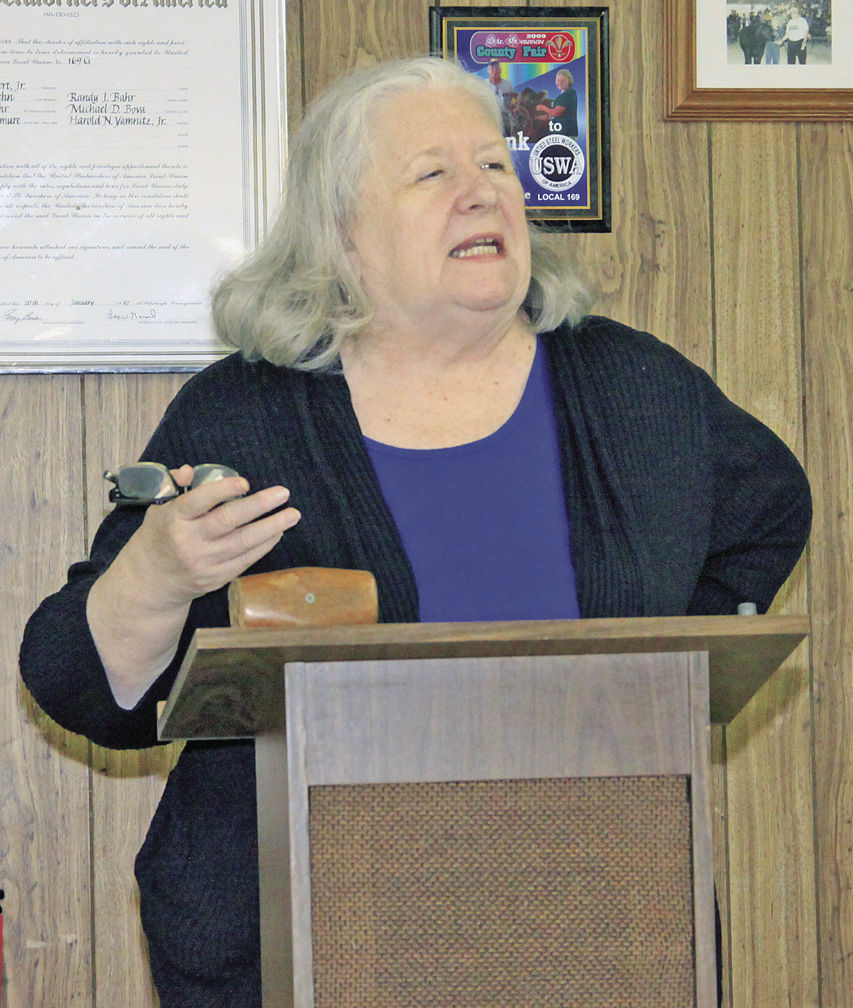 A statewide vote likely will be placed on the November 2020 ballot asking voters whether the two entities should merge.

Rice, who was guest speaker at the April 17 Ste. Genevieve County Democratic Club meeting, gave some background on the non-profit organization.

The movement started in 2013. During the last four years, she said, it has gained steam, conducting more than 13,500 interviews with residents, which Rice called “staggering.”

In August 1876 the decision was made for the city and county to split. Rice said it was “tied to Civil War politics.” According to wikipedia, the vote to separate passed by a narrow margin among city voters, while voters in the then-largely rural county “overwhelmingly” rejected it.

Rice described the current situation: a deteriorating urban city and a confusing number of municipalities and courts that make living or doing business in the county extremely difficult.

The city of St. Louis “has become the older part of an inner-ring city,” Rice said.

See complete story in the May 1 edition of the Herald.