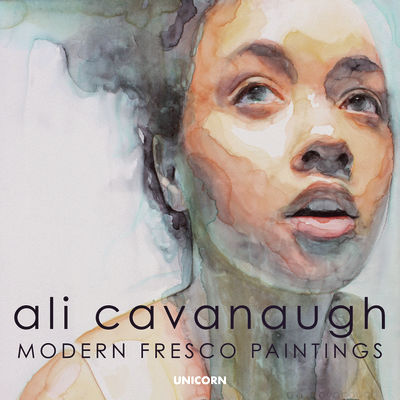 Ten years ago this month, the Merchant Street Gallery featured an exhibition of paintings by local artist Ali Cavanaugh.

The subject was Milly Naeger, then a teenager, a cancer patient, and the daughter of gallery owners Bill and Patti Naeger.

The 15-painting series is one of the highlights so far in Cavanaugh’s art career, which is captured in the book she released earlier this year called Ali Cavanaugh — Modern Fresco Painting. Some of “the Milly paintings” are among the 200-plus images in the book.

Cavanaugh’s pursuit and portrayal of the subject matter reflect her direction as an artist to follow her passion.

She recalled a conversation with a gallery owner a decade ago “when I told her I’m going to be doing this girl with cancer.”

Cavanaugh said the gallery owner was thinking from a standpoint of being able to sell paintings.

“All of those paintings ended up selling,” Cavanaugh said. “It was a great show. It was very meaningful, and that’s what you have to go with as an artist.

Cavanaugh will return to Merchant Street Gallery this Friday, on the 10th anniversary of that show, for a scaled-down version of her museum show and to sign copies of her book.

Her appearance from 5:30 to 9 p.m. will be part of the Fourth Friday Art Walk.

See complete story in the April 24 edition of the Herald.