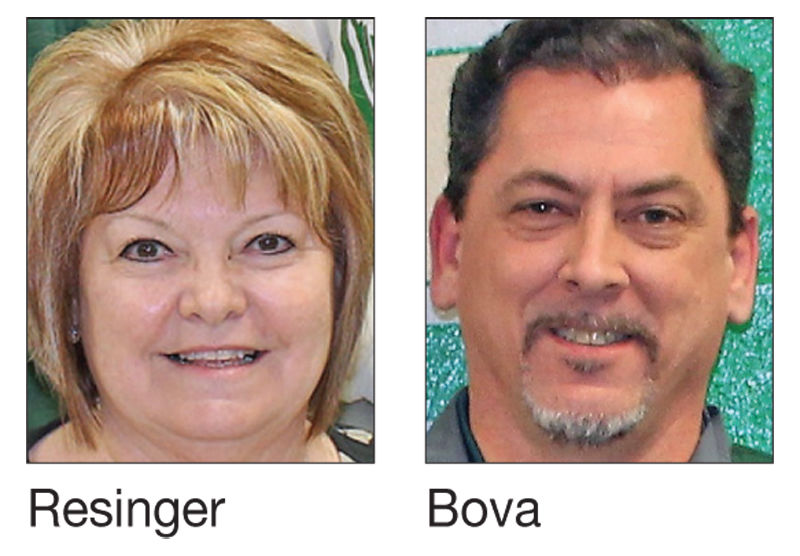 David Bova was elected board president by acclamation, replacing Martha Resinger, who had served more than 15 years in the role.

Joan Huck was elected vice president, Eric Basler was voted delegate to the Missouri School Boards Association (MSBA), and Resinger was named the alternate. All the selections were by acclamation.

“I’d like to thank all of you for supporting me as president for the last several years,” Resinger said.

She said she appreciated the building principals giving their reports at each board meeting “and telling us what a wonderful school we have.”

“We all have to work together to get that,” she said, “so it’s staff, it’s faculty, it’s board members, it’s parents … the cooks, too. We all work together.”

She said she had “mixed emotions” about giving up the presidency. Family considerations were part of what led her to step down.

“You all know that I have grandchildren who go to Valle and I have to support them,” she said. “So now, when I wear a blue shirt, then I won’t feel quite as bad.”

Resinger, a member of the board for 29 years, vowed to stay on the board and remain active in the school district.

“I love you all,” she said. “You’ve been so supportive. It was an honor for me to hold this position. But I’m not giving up. I’m going to run next year, so anyone who wants to run, go ahead. I’m going to fight because this means that much to me. I may not be the president, but guess what? I’m on the Board of Education and that means a lot. I’ll still be able to be part of the MSBA. Those people are amazing. I’ll still go to the legislators. …”

See complete story in the April 24 edition of the Herald.