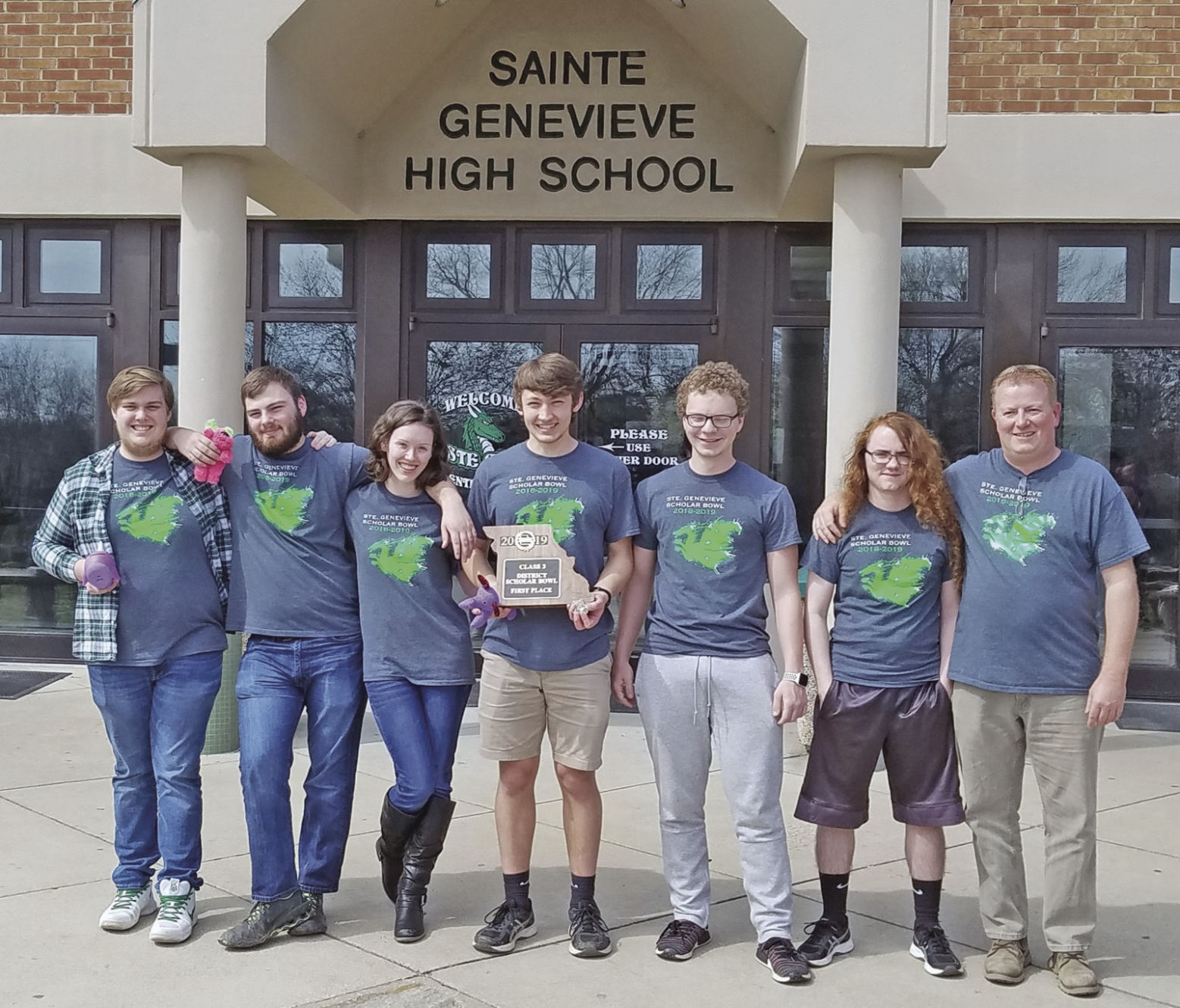 Ste. Genevieve took the win with a 570-110 victory against Jefferson R-VII.

Michael Ruch began coaching the program in 2001, and since that time, the team has captured seven district championship trophies and six district runner-up trophies. Ste. Genevieve placed at state in two of their three state tournaments.

The current team was 15-0 in regular conference play, took third place in the conference tournament and then placed second at the Notre Dame Invitational.

Ste. Genevieve defeated Valley Park 440-210 in the first round. Lutheran South also was in the tournament field, eliminated by Jefferson 340-210.

“The historical success of the SGHS Scholar Bowl is a testament to the work done here districtwide by all of our staff,” coach Michael Ruch said. “Seeing our team play other schools really illustrates how well we educate our students.”

Missouri’s district champions will now face one another in head-to-head sectional matches to determine the eight teams who advance to state.

Ste. Genevieve faces John Burroughs at 5 p.m. on Wednesday, April 17, for a spot in the May 4 state tournament.