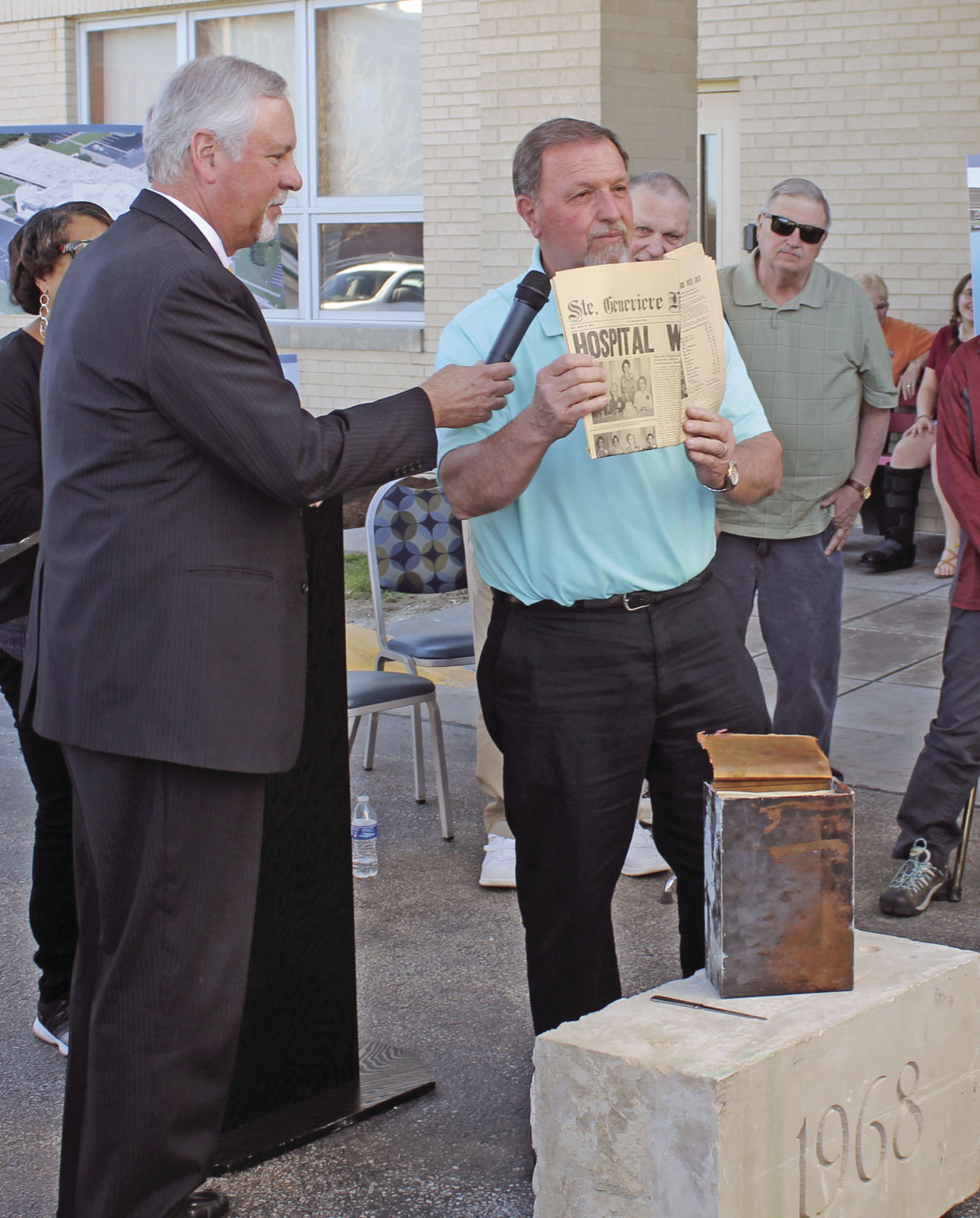 That progress was celebrated last week on April 9, the anniversary of the date in 1969 when the hospital opened to accept its first patients.

The celebration included the opening of a time capsule placed in the cornerstone in 1968 and many stories of the past 50 years — some a little off color and some showing that the good ole days were quite a bit different from modern healthcare services practiced at SGCMH.

“Younger people now would be amazed at the fact that … if you smoked, you could smoke at the nurses station,” said Cindy Kreitler, who started at the hospital in 1970 and worked there for 37 years before retiring.

She talked about a doctor smoking in patient’s rooms.

“It didn’t matter if they had oxygen,” she said. “He was in there smoking his cigarettes. Nobody every burned up or blew up or anything.”

She recalled doughnut days and employee holiday parties at the hospital that featured skits and beverages served in urinals, enema buckets or other medical equipment.

“We had some pretty good times at those parties long ago,” Kreitler said.

She did talk about the practical changes over the years of implementing technology: “Going from charts and paper and writing everything to starting very slowly with computers, it was a big deal for all of us who didn’t know anything about computers.

“It was a great run for me,” Kreitler added. “I did lots of different things and I enjoyed everything I did.”

SGCMH CEO Tom Keim, who served as the master of ceremonies, paid tribute to Kreitler’s father, original administrator Lou Schilly, who also served on the hospital board.

“Long after he was retired, he would still come by my office and sit and talk,” Keim said. “Those are some of the memories I will always cherish. What a great man Lou Schilly was.”

Keim recounted the origins of SGCMH when Jim and Rosella Grobe, who were expecting a child, suggested that a hospital in Ste. Genevieve would be more convenient than going to Perryville.

The community support showed with overwhelming votes in favor of bonds and donations to launch the hospital. …

Keim said the hospital has served more than 70,000 in-patients, delivered more than 5,000 babies and performed millions of out-patient procedures.

“We began with 42 employees, and since then over 1,700 people have worked at Ste. Genevieve County Memorial Hospital and our clinics,” Keim said. “Today, we employ over 428 people with a payroll of more than $20 million. What a great addition this hospital has been to this community.”

Later in the ceremony, Keim said, “Ste. Genevieve County Memorial Hospital is about an amazing group of people who over the years made healthcare a priority for this community. … From that very first day we opened on April 9, 1969, and still to this day you will find the most courteous, caring and compassionate individuals in healthcare.”

See complete story in the April 17 edition of the Herald.