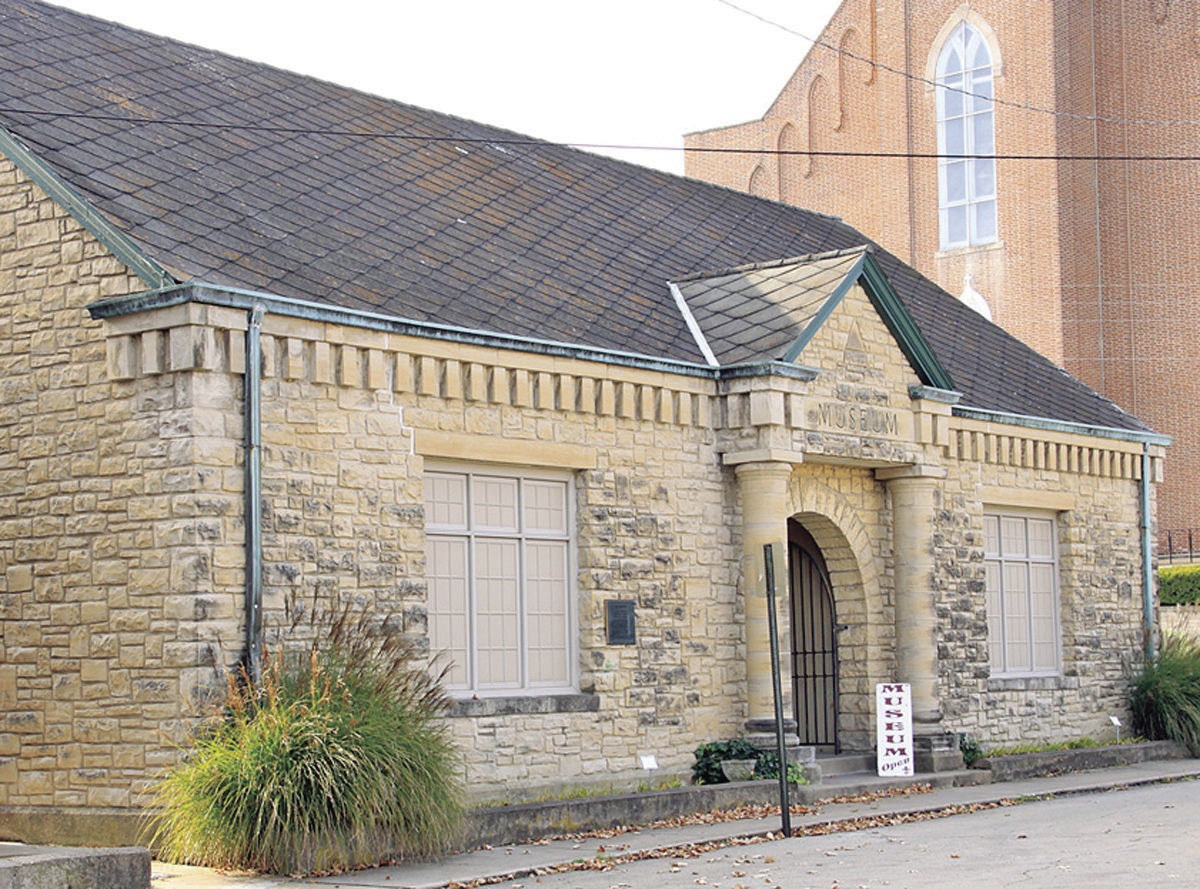 The Ste. Genevieve Art Guild will most likely be moving into the old museum building on the Merchant Street side of the courthouse square.

Guild members visited with the Commission on April 1 to discuss the building. Later in the week, the commission received an e-mail from guild president Carolyn Bach that she thought the building, built in 1933 in preparation for the city’s 1935 bicentennial celebration, had “excellent potential.”

The art guild would have an art museum and gallery in the building, which has been vacant since early December, when exhibits were removed for the Ste. Genevieve Museum’s relocation to the old Koetting Building on Market Street.

During their visit April 1, guild members suggested that the former museum’s use as a “center for the visual arts” would be in better keeping with the original mandate to serve the community as a museum. …

“I think this will be the best usage of the building,” Ste. Genevieve County Presiding Commissioner Garry Nelson said. “The public and tourists can still get a lot of use out of it.”

He said he didn’t want to see it sit empty for years.

The other building demanding attention was the County Services Building at 255 Market Street. The commission intends to tear it down within weeks, to create 44 new parking spaces and to eliminate a costly property that is becoming an eyesore.

St. Vincent de Paul had not yet moved out, however, and various county offices still had materials stored in the building. Last Thursday’s meeting adjourned early so Nelson and First District County Commissioner Randy Bahr could walk over in person and remind St. Vincent de Paul personnel that the building must be cleaned out right away.