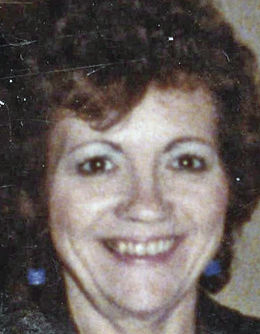 She was born November 1, 1941 in St. Louis, a daughter of Martha (Brown) Sherman and Charles Sherman

She was married to first husband Elmer AuBuchon in 1958, and he preceded her in death.

She was married to second husband Charles Wilkinson in 1980, and he preceded her in death.

She is survived by two sons, Clark AuBuchon and his wife Theresa of Farmington, Craig Wilkinson and his wife Kim of Desloge; two daughters, Kathy Gerardot and her husband Frank of St. Mary, Tricia Shimon and her husband Junior of Hollister, Missouri; one daughter-in-law, Jill Williams of St. Louis; dear friend Barbara Knowles of Farmington; 15 grandchildren; and 13 great-grandchildren.

In addition to her parents and her first and second husbands, she was preceded in death by two daughters, Paula Sue “Susie” Oder, Shirley Meltabarger; one grandchild, Stephen Buckman; and one great-grandson, Bentley Carlin.

She ran the feed store in Farmington in the 1970s and was known as “The Egg Lady.” She was the owner and founder of the Wilkinson Brothers Music Theater in Branson in the 1980s. She later ran a daycare out of her home in Springfield, Missouri. She retired from JCPenney’s as “The Bra Lady.” She enjoyed taking care of children and had been a caretaker since she was 7 years old. She was many, many things to all of her loved ones and will be greatly missed.