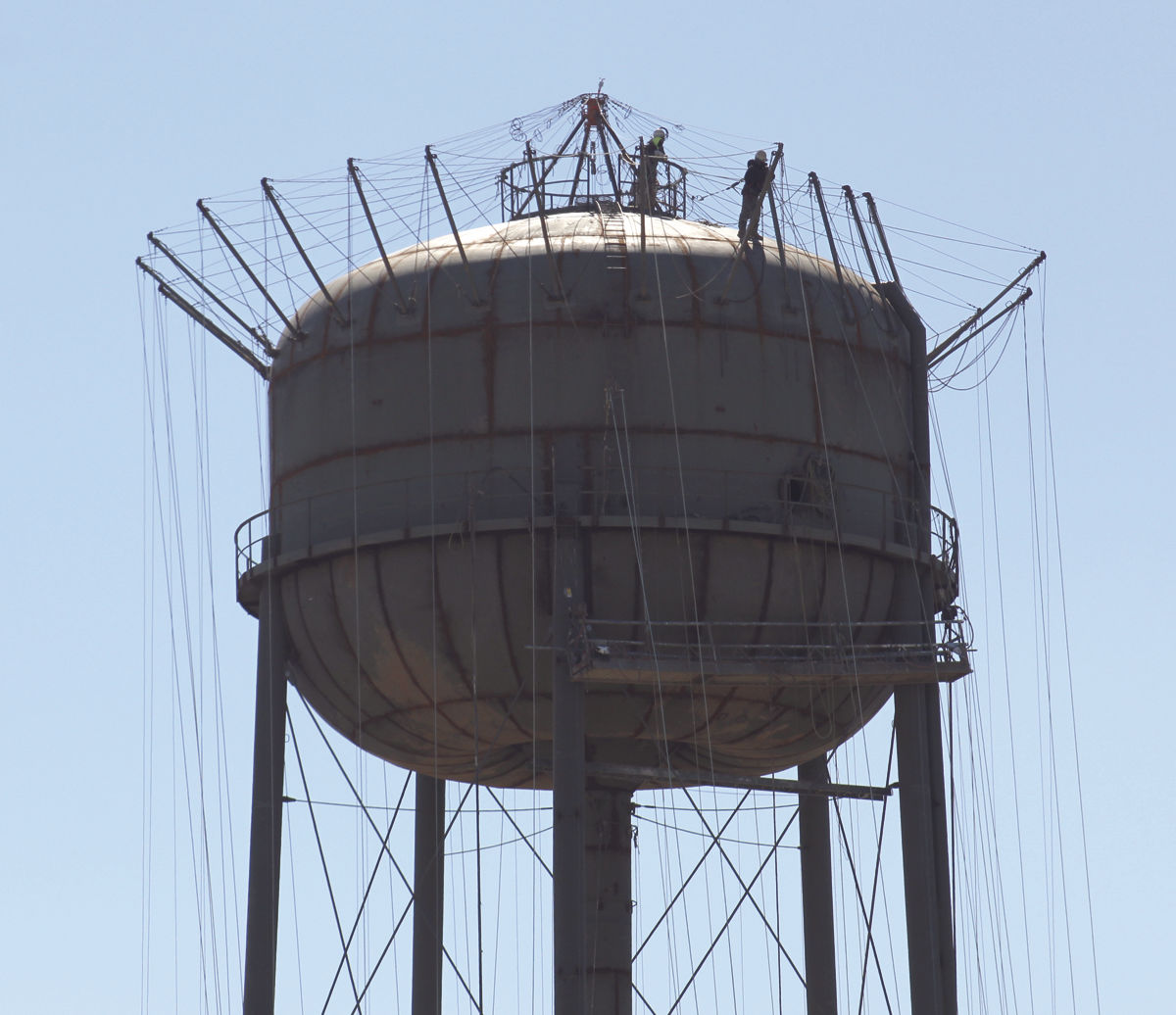 “I heard it on the street that last Saturday [March 23] you had a leak out there at Progress Parkway,” Mayor Paul Hassler said. “We had no water out at the nursing home, community center.”

Hassler talked about the new water tower, about to be painted, that was built in conjunction with the county, off of Progress Parkway.

“Once the water tower is full and built, we’ll be able …” Hassler started to say.

“We’ll be able to have a leak and nobody will run out of water,” Wilson answered.

“We actually had it fixed twice,” Wilson said. “We put a coupling on there.

“The coupling failed, and we had to go back the next day and use a different brand, same style.”

He said he would be meeting with the manufacturer of the defective part to see if they can get any money refunded.

Ward 2 Alderman Michael “Buck” Jokerst said a Crestview Drive resident said he had no water. Wilson said there was a leak on Main Street that caused that.

See complete story in the April 3 edition of the Herald.