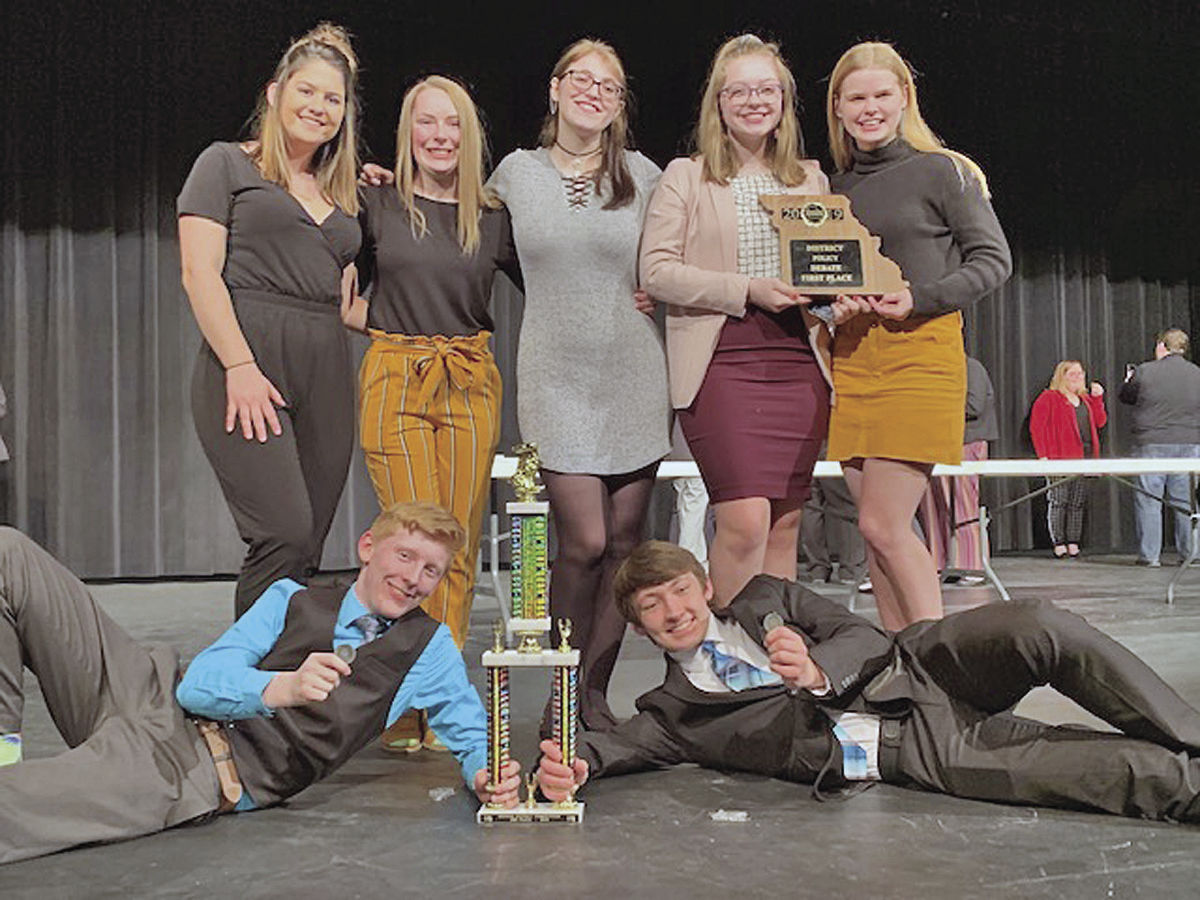 The Ste. Genevieve team had finalists in 12 out of 13 total events and qualified for state in seven events.

The state qualifiers are listed below:

The following students also placed in the district meet:

“This has been a tough year due to a variety of circumstances, and we have a very young team,” Ste. Genevieve speech and debate coach Christia Gugel said, “but the kids have worked hard and their efforts have reaped the absolute best result. I am incredibly proud of this team, and the kids have taken ownership of our activity. I can’t wait to see what these students do in the future.”

More photos in the March 27 edition of the Herald.