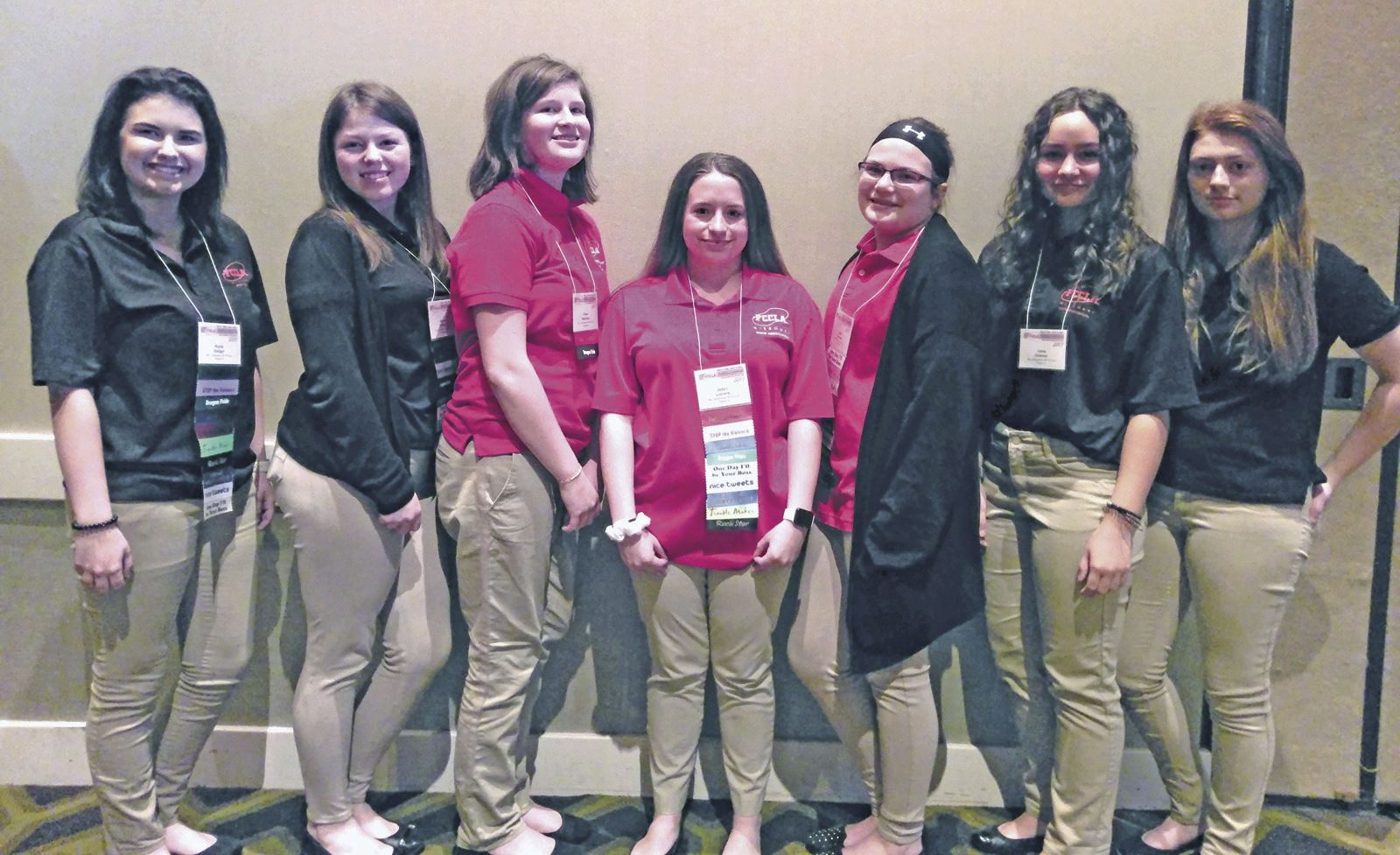 The conference was March 17 through March 19 at Tan-Tar-A Resort in Osage Beach. More than 1,600 students in sixth through 12th grades attended.

The group’s two sponsors, Dr. Tracey Eatherton and Carrie Staffen, joined the students as well as local chapter advisors at the conference.

The conference featured speakers and workshops on topics such as preparing for college and careers; leadership skills; anti-bullying programs; and technology’s impact in education, careers, and on the family.

Also at the conference, freshman Drew Newman began her responsibilities as a regional officer.

Another component to the conference was STAR Events, the organization’s competitive activities.

Juniors Lexi Bova and Jadyn LeClere both served as STAR Events volunteers for the event.

Freshman Drew Newman completed an online entry and will advance to the national competition in Anaheim in July for her digital stories for change project.

FCCLA is a Career and Technical Student Organization (CTSO) for young men and women enrolled in family and consumer sciences education courses. Since 1945, FCCLA members have been making a difference in their families, careers, and communities by addressing important personal, work, and societal issues. The Missouri association ranks fifth in the nation in membership with more than 9,800 members. There are more than 320 FCCLA chapters across the state.

(Information in a release from Ste. Genevieve R-II School District.)