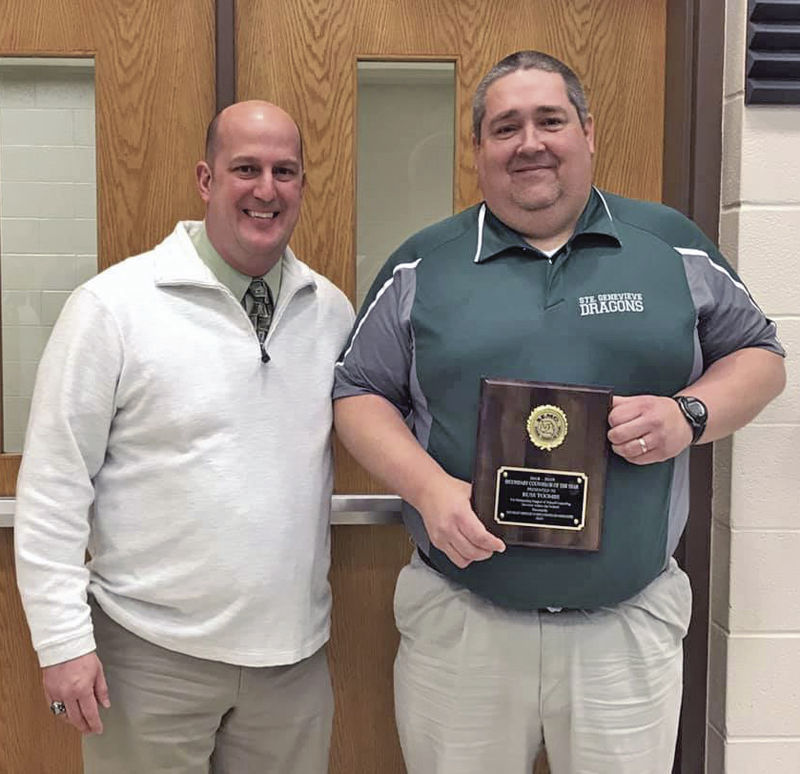 This is Toombs’ 21st year in the district, and his ninth year as a counselor.

This year, Toombs took the position of 12th-grade counselor. Previously, he worked with the sophomores and juniors. As the senior counselor, he oversees graduation requirements, college applications, scholarships and the ACT program.

“It is so rewarding to able to see these kids grow throughout high school and help with whatever issues they may be working through,” Toombs said. “I’m incredibly proud to have the opportunity, support and resources here at SGHS to get to know each student and their goals for the future.

“But maybe even more than that, it’s incredibly gratifying to see former students out in the community, who may even have families of their own, take the time to say hello and talk about their lives after leaving our halls.”

Over the past several years, Toombs has played a vital role in the development, implementation and success of the school’s DragonFIRE program, a multi-tiered tutoring program that also allows for a mentoring component that is built into the school day. Through his efforts with students and staff in this program, the number of first semester F’s decreased over the last three years from 337 to 179.

Toombs has also worked extensively in the development and implementation of new technologies in the building. Through his assisted efforts, the school has integrated the schedule change system to better engage all counselors, provide better communication and understanding of the process with students and parents, and increase the efficiency in which schedules are processed.

Toombs also works with administration in developing a system for students to guide staff with how to help students beyond just academic and attendance shortcomings. The efforts are centered around exploring social and behavioral standards and the ability to compare outward appearances to inward feelings.

“One of the most impressive capabilities of Mr. Toombs is the rapport he builds with our students,” SGHS principal Chris Hoehne said.

“He is routinely counted on to assist in difficult situations and is always willing to engage,” Hoehne added. “… After 22 years in the business of education, I still get excited coming to school, because every day is always student-centered and involves a new idea from Mr. Toombs. I simply cannot imagine SGHS without him.”

Toombs earned his associate’s degree from Jefferson College in Hillsboro, a bachelor of science in education from Southeast Missouri State University in Cape Girardeau, a master’s of arts in counseling from Missouri Baptist University in St. Louis County and a specialist in education from Southeast Missouri State. He is currently working on his dissertation for his doctorate from William Woods University.

(Information in a news release from the Ste. Genevieve R-II School District.)