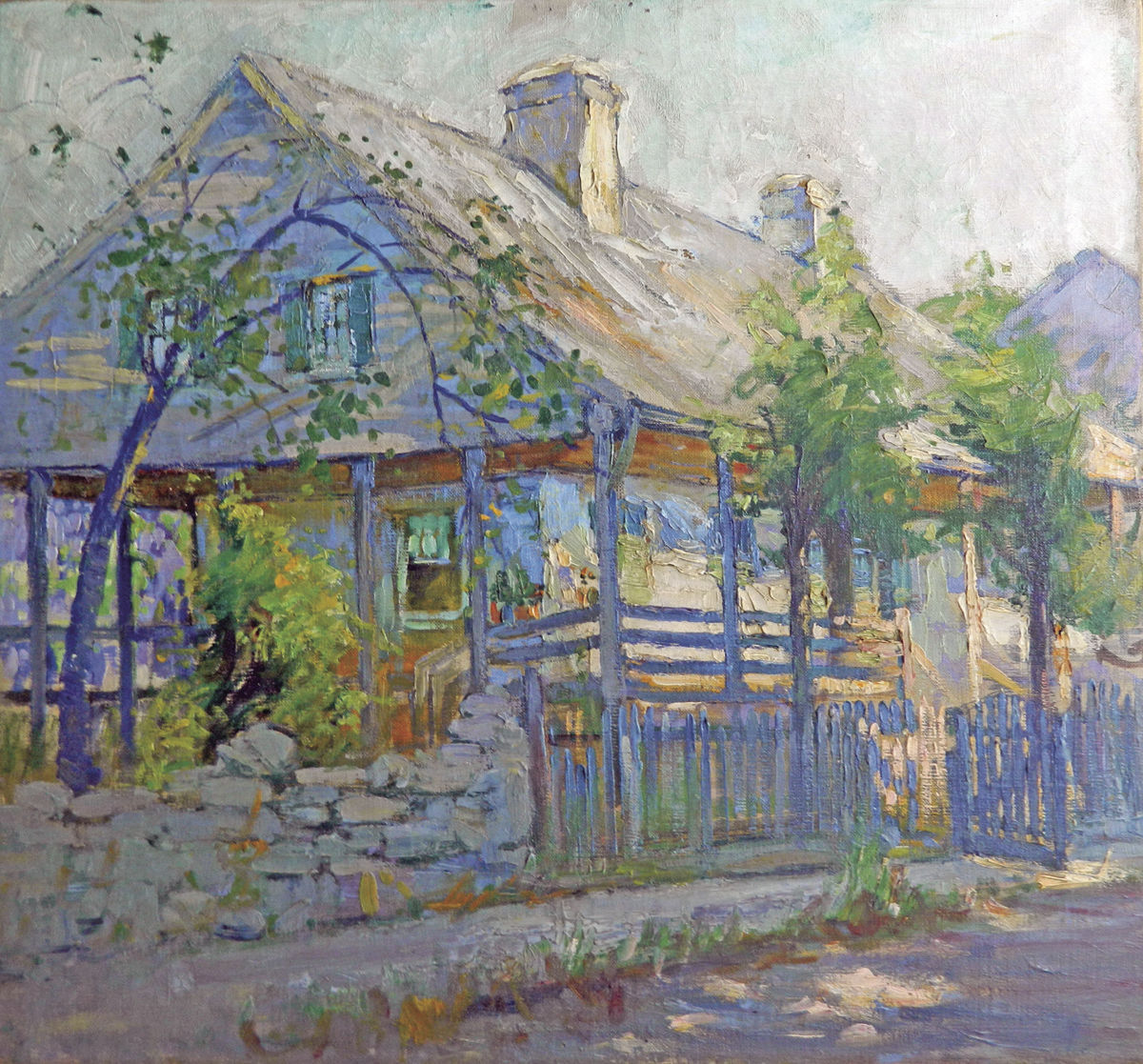 [The following was submitted by the Ste. Genevieve Art Guild.]

Inside the Centre for French Colonial Life on the campus of French Colonial America hangs a beautiful oil painting of the Bolduc House in the style of the Impressionists.

At first glance, viewers might not recognize the house because it lacks the characteristic palisade fence and complete gallery, but those missing features date the painting as prior to the restoration phase from 1949 to 1958.

And the stone wall in the composition further narrows the date of the painting to before 1937, based on a photograph from that year showing no wall.

But whose skillful hand rendered this noteworthy art?

“I was first contacted in 2012 by the director of the Bolduc House properties to view a possible Matthew E. Ziegler painting that had been discovered in the attic,” she said. “At that time, I was allowed to remove the painting from the frame and examine the back for a hidden signature or any other clues.”

Kirchner knew it was not a Ziegler. But with no signature, the artist remained a mystery.

Dr. Heaton was a relative of Peters and friend of Schultz.

“Not until I handled the Peters’ family artwork did I realize I had handled this artist’s work five years before,” Kirchner said. “So when the Centre for French Colonial Life opened last year and put the painting on public display, I started my research again.”

The site’s director of museum operations, Robbie Pratte, was quick to offer assistance. In the archives of the museum, he remembered seeing a black-and-white photo of the painting and shared a copy with the guild.  That information, along with new analysis of Peters’ artistic habits shed more light on the mystery. Peters created scores of masterful oil paintings throughout Ste. Genevieve County in the 1930s, but he often gave them away as gifts, and often didn’t bother to sign them. Kirchner was able to locate 17 paintings attributed to Bernard Peters, and fewer than half bore his signature. After careful analysis, she concluded that the painting of the Bolduc House, already dated to the mid-1930s, could be accurately attributed to Peters.

“It just took seven years to solve the mystery,” she said.

The remaining mystery is why such an accomplished artist would routinely leave his work unsigned.

A published biography said Peters suffered from Bright’s Disease, which claimed his life in 1949 at the age of 55. Knowing he was terminally ill, he became preoccupied with simply recording the beauty around him in the time he had, with apparent disregard for the future. And by 1935, his Impressionist style had fallen out of favor with the galleries. One theory is that he viewed his art as therapy for his illness rather than his professional legacy, and therefore did not feel the need to claim the work with his signature.

“Over the past several decades, Anna has compiled the very rich art history of our town, and continues to make discoveries that add to that body of knowledge,” Bach said. “We are grateful for her efforts in adding another important work to those attributed to art colony co-founder Bernard E. Peters.”

Geoff Giglierano, executive director of French Colonial America, said, “Both the National Society of the Colonial Dames of America in the State of Missouri, which owns the painting, and French Colonial America, which administers the Centre for French Colonial Life, are very pleased to have this wonderful artwork on display for the public.  For many years, the painting was hung on a wall in the Bolduc House Museum offices, but now, not only can it be viewed by the community and our museum visitors, it also is being kept in a properly controlled environment that will help to better preserve the painting for future generations to enjoy.”

The “mystery” painting will be featured at the Center for French Colonial Life, 198 Market St., during the Fourth Friday Art Walk on March 22.