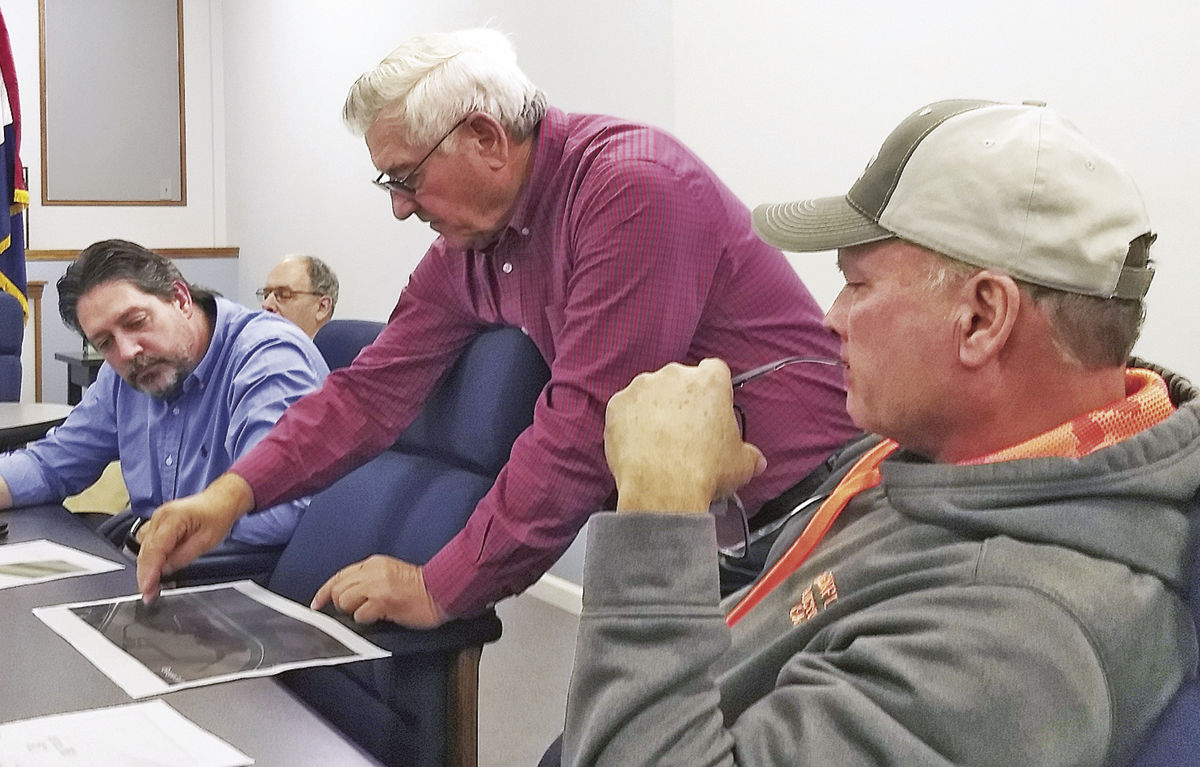 Members of the Levee District 3 board on March 11 accepted a bid for mowing on and around the Urban Design Levee and discussed steps to protect Division Street from further flood damage.

The board accepted the lower of two bids for mowing. Cut “N” Edge Landscaping bid $345 for the work, while Midwest Lawn Care, which had the contract previously, bid $350.

“They both do good work,” Mayor Paul Hassler said.

The acceptance was contingent on Cut “N” Edge being willing to do all the mowing that Midwest was doing, including “going down that  railing, going to the marina,” in district president Vern Bauman’s words. …

Another discussion was held about building up a berm along the gravel Division Street, running from the city burn site to the levee. The road was damaged by runoff from heavy rains in early January.

Chris Koehler of Koehler Engineering in Jackson was present to discuss ways to approach the problem.

Koehler initially suggested a 12-foot wide channel parallel to the road, with a dirt berm about a foot and a half higher than the road.

“Hopefully, everything that’s coming east toward the river, it gets intercepted before it crosses the roadway, comes down that swale and it’s going to cross there at the ditch,” Koehler said.

He pointed out that heavy inundations of rain could still cause an issue.