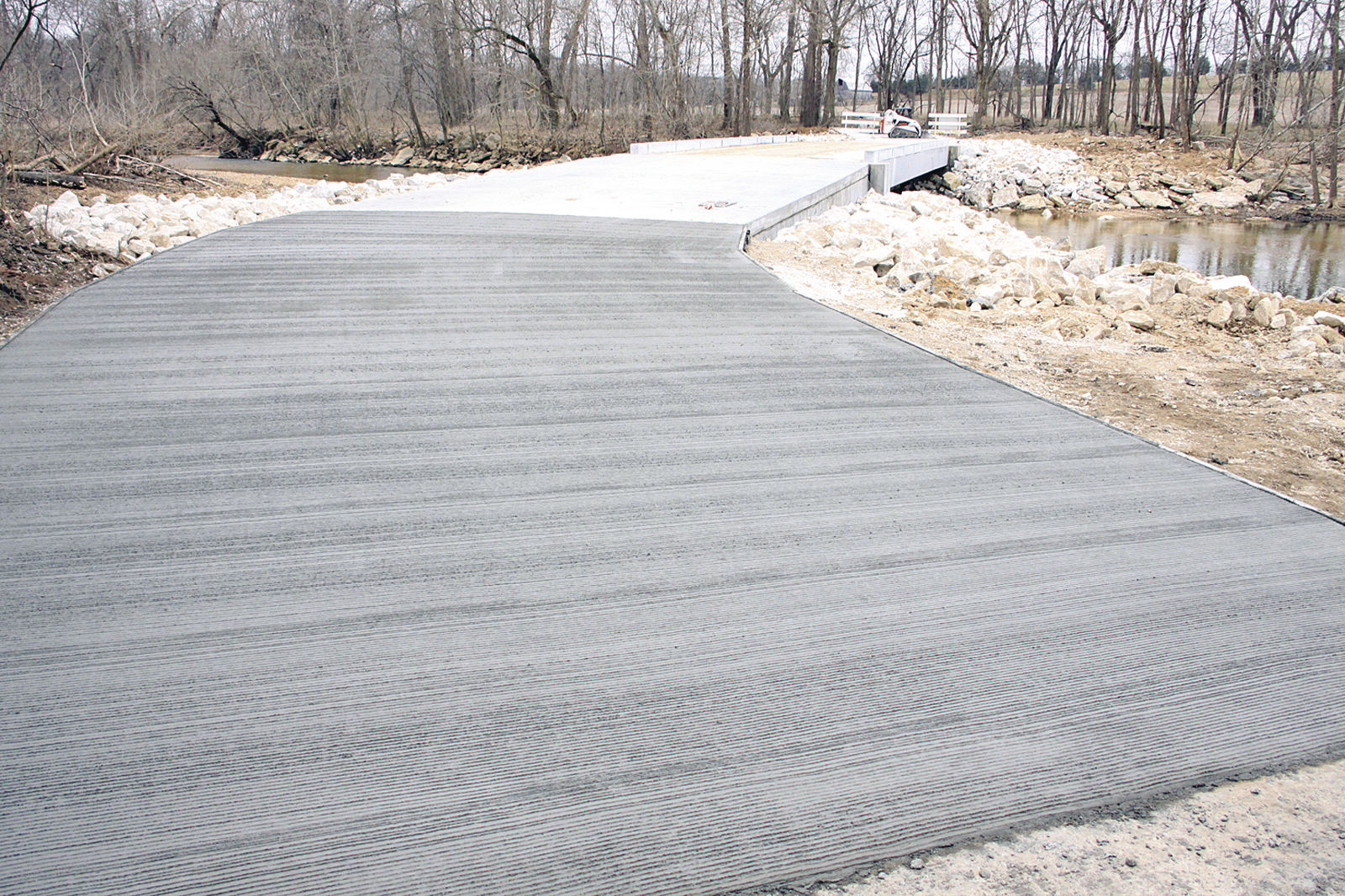 Bridges over creeks and other low-water crossings are not usually commemorated with dedication ceremonies.

Considering everything the Ste. Genevieve County Commission and Minnith-area residents went through over a nearly two-year period, however, a ceremony seemed appropriate to mark the opening of the new Minnith bridge over Saline Creek.

At last Thursday’s meeting, the commission voted to hold a small opening ceremony on Thursday, March 12, at the bridge, which was completed late last week.

“We typically don’t do that,” Presiding Commissioner Garry Nelson said. “However, this was a little bit of a different circumstance. It’s been two years and it’s a big relief to us and to the people who had to drive around it for two years.”

The slab, built in the early 1990s, washed out during flash flooding in late April 2017. Since then, the county battled through governmental red tape that had to be followed before the debris from the old bridge could be removed and work could begin on the new one.