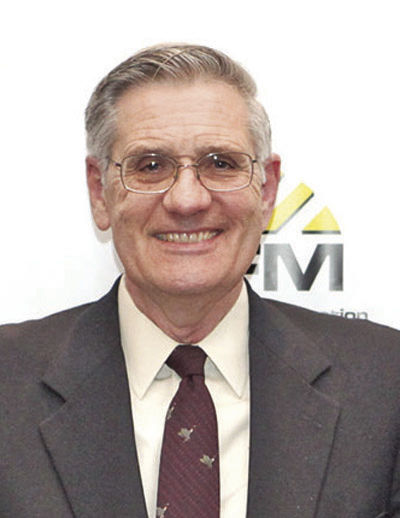 Ste. Genevieve resident John Karel was inducted into the Missouri Recreation and Parks Hall of Fame in Jefferson City on February 28. Karel, former director of Missouri’s parks and of Tower Grove Park in St. Louis, has made extraordinary contributions to the parks and recreation movement in the state.

The words in the mission statement of Missouri Department of Natural Resources (DNR) Division of Parks and Historic Preservation are words John Karel lives by.

His vision, passion, perseverance, and his love of history have literally changed the landscape of Missouri, the association stated in a news release. Karel’s focus of preserving wilderness; managing lands for their natural, cultural, and recreational values; and inspiring others through his leadership and dedication have made him one of the most accomplished parks professionals in the history of our state.

In state parks alone, there are now more than 40 designated natural areas totaling more than 20,000 acres, many of them added during his tenure.

He also helped establish a new State Wild Area System, which has since grown to 11 Wild Areas encompassing some 23,000 acres in nine state parks.

In 1979, at the age of 31, Karel was appointed director of DNR’s Division of Parks and Historic Preservation.

As the first — and to date, only — state park director with degrees in both history and natural resource management, Karel was key in developing the concept for passing and renewing Missouri’s innovative Parks and Soils sales tax which secured a larger appropriation for parks than ever before or since.

Karel also was engaged in an entirely volunteer capacity as a leader with Missouri Wilderness Coalition. He was a principal pacesetter who fought hard with meticulous preparation and political skill in the effort to successfully designate eight federal wilderness areas in four separate Congressional acts, for a total of 78,000 acres in the state.

As the director of Tower Grove Park in St. Louis from 1987 to 2014, Karel’s vision, experience, and fundraising abilities elevated the park to a new level of excellence and gained national recognition for the quality of its resources, and its services to the St. Louis community.

He also devoted enormous volunteer time and talent to the L-A-D Foundation, serving as president from 1999 to 2017. His most significant service was to guide its transition to a major private operating foundation after it received Leo and Kay Drey’s gift of the 143,000-acre Pioneer Forest in 2004. Time magazine listed it as one of the five largest philanthropic gifts in the nation that year, and the foundation in one day became the largest private landowner in Missouri.

John has also been involved with the historic preservation of Ste. Genevieve since his days as state park director. With the help of Karel’s involvement, Ste. Genevieve recently gained the status as a national historical park among other accomplishments.

As a leader and a doer, Karel has paid remarkable attention to detail, while still keeping the vision moving forward. These accomplishments listed, and many others, are John’s significant and enduring contributions to the preservation, restoration, and public understanding of so many of the great parks, wild lands and cultural resources of Missouri.

The Missouri Recreation and Parks Hall of Fame award was developed by Missouri Park and Recreation Association in 2009 to honor professionals and individuals who have made outstanding, unique, lasting and extraordinary contributions to the recreation and park movement in Missouri.

Thirty individuals have been inducted into the Hall of Fame since its inception. All have been outstanding professionals working to heighten the profession of parks and recreation and enhance the quality of life to our citizens.

The Missouri Park and Recreation Association, whose members work to provide opportunities for all the state’s citizens to enjoy quality leisure activities, is dedicated to promoting public support for parks and recreation and public awareness of the contribution of recreation to a balanced life. The association works to ensure the growth and improve the quality and accessibility of urban and rural parks, open spaces and recreation lands, facilities and programs for all Missourians. It promotes research and information dissemination on parks, conservation, recreation and leisure issues.

(Information in a news release from the Missouri Park and Recreation Association.)