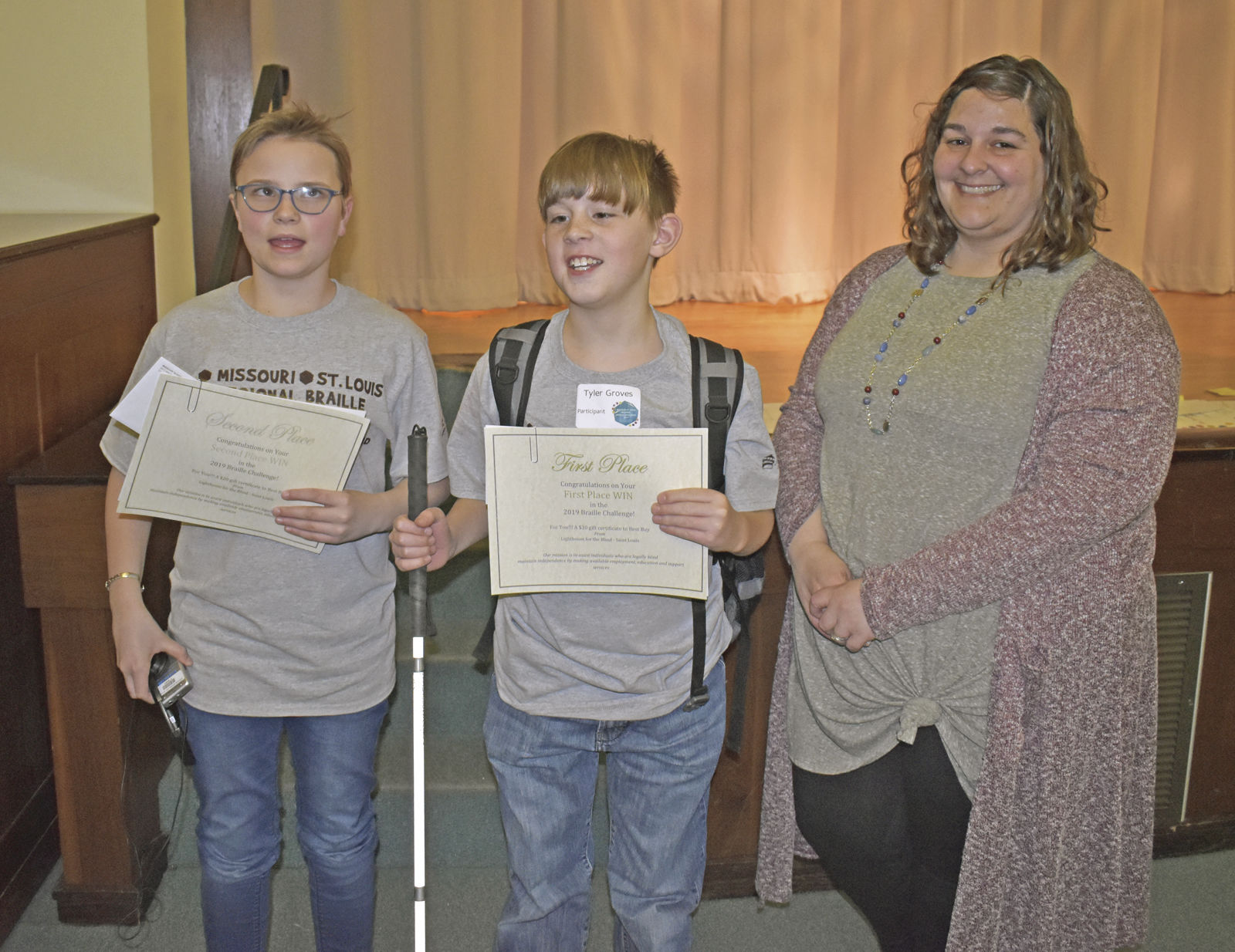 Allie Wolk, a fifth-grader at Missouri School for the Blind (MSB) and the daughter of Andrew and Kathryn Wolk of Ste. Genevieve, won second place in the sophomore division in the 2019 Missouri Regional Braille Challenge on February 13 at MSB in St. Louis.

This marks the second year in a row Wolk has placed in the Missouri Regional Braille Challenge.

Eight MSB students placed in their respective divisions; there were altogether 29 contestants from all over the St. Louis area in attendance.

The Braille Challenge is an academic competition unlike any other. This two-stage contest is designed to motivate blind students to emphasize their study of braille, while rewarding their success with fun-filled, but challenging, local and national events. Any visually impaired student who reads braille is eligible to participate in the preliminary Challenge contest events, which take place from January through March throughout the U.S. and Canada.

MSB offers educational and outreach services for legally blind Missouri children from birth through age 21 and their families. MSB is operated by the Department of Elementary and Secondary Education of Missouri and its services are free of charge. MSB’s services are concentrated in two areas — its centerbase kindergarten to 12th grade school in St. Louis and its outreach services offered throughout the state.

(Information in a release from the Missouri School for the Blind.)