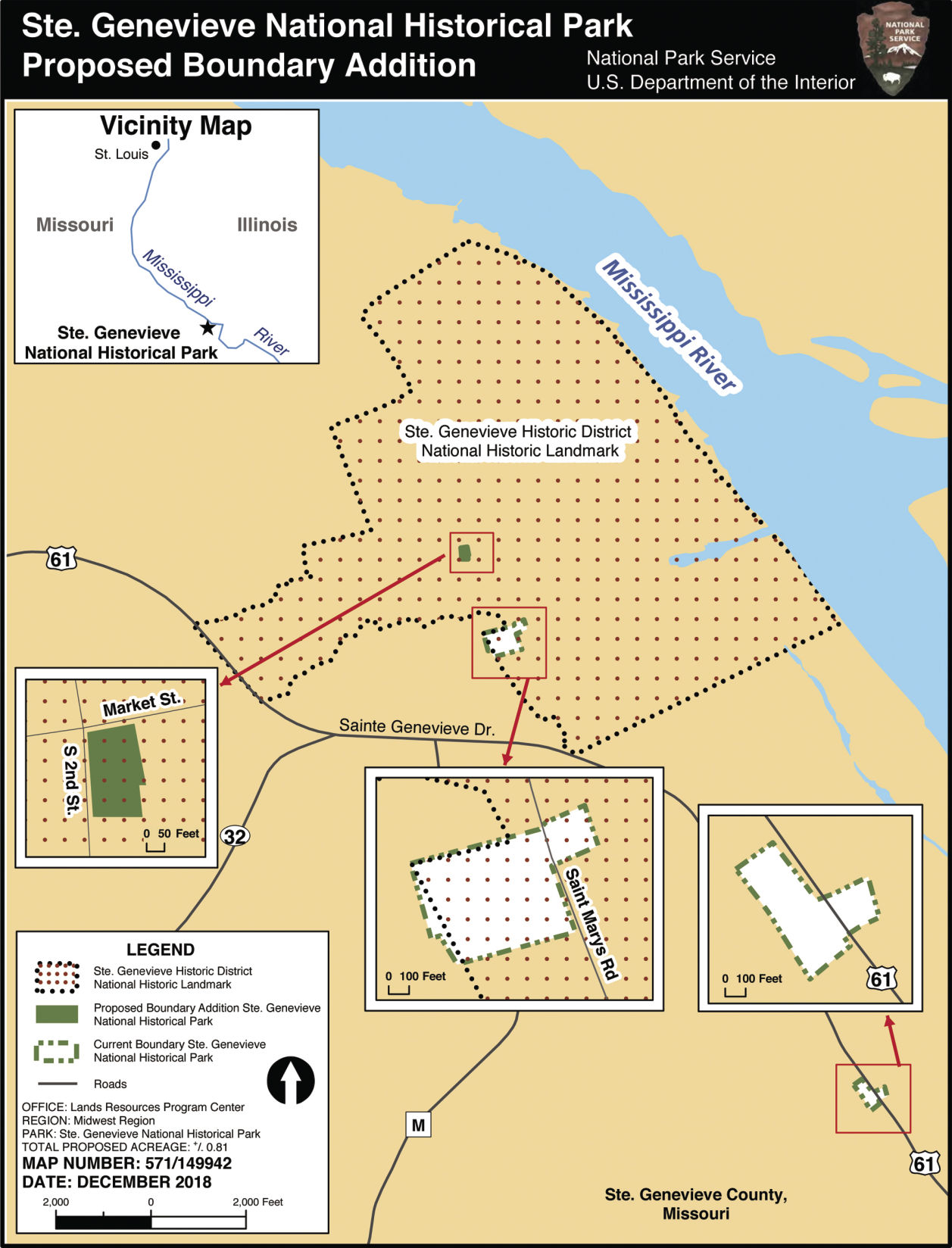 Introduced as Senate Bill 47 and originally called the Natural Resources Management Act, the John D. Dingell Jr. Conservation, Management, and Recreation Act passed through the U.S. House of Representatives on February 26 by a 363-62 vote.

Among the provisions in the expansive, 260-page bill is wording that allows the National Park Service to obtain the Centre for French Colonial Life. The property was offered in January by the National Society of the Colonial Dames of America in the State of Missouri (NSCDA-MO) for sale to the federal government to include in the Sainte Genevieve National Historical Park that is being established this year after being signed into law last year.

See complete story in the March 6 edition of the Herald.