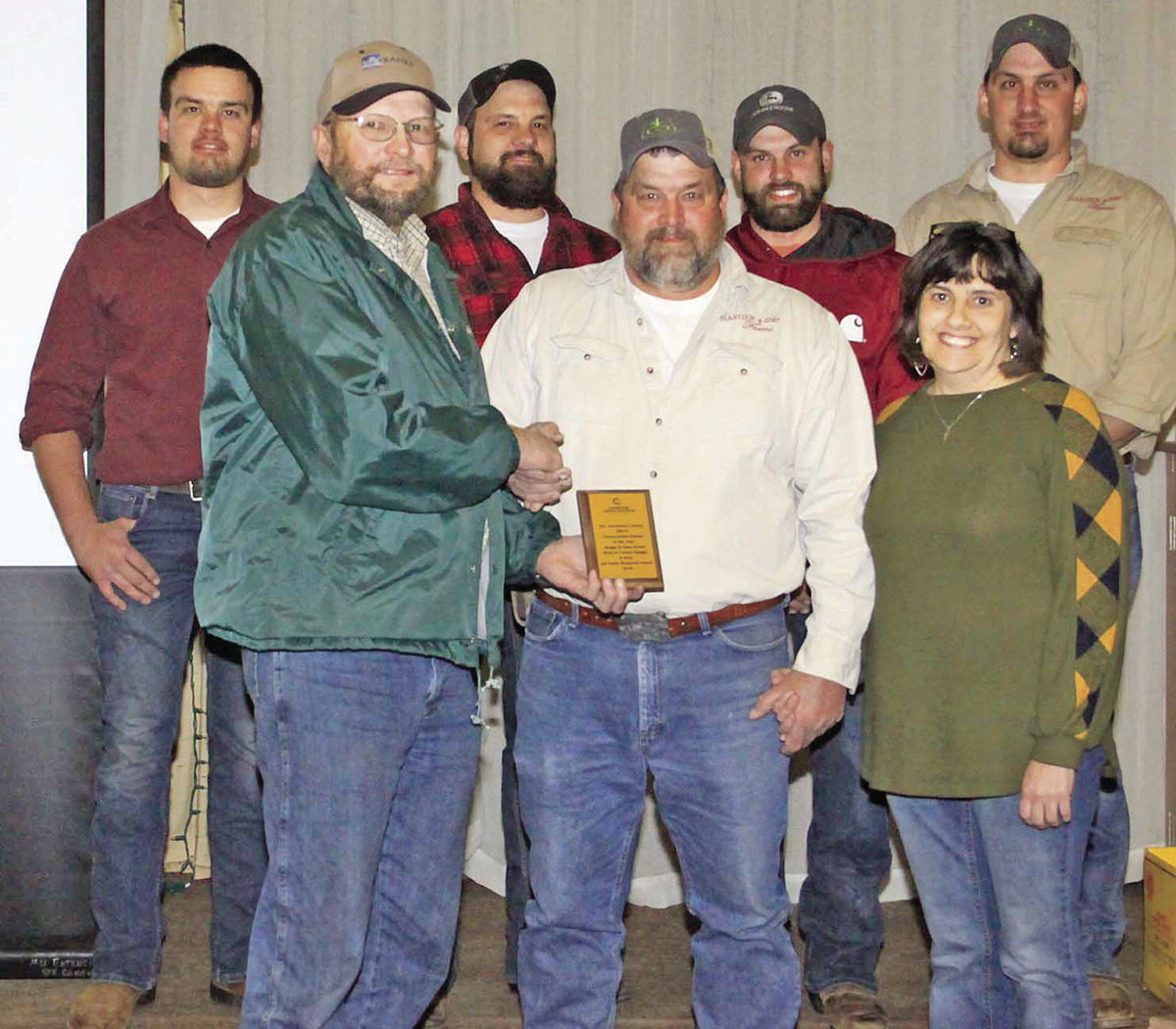 The Benko, Carron, Fischer, Grither and Jokerst family farms were honored for 100 years of farming.

Brian and Connie Naeger of Naeger & Sons Farm were honored with the Joe Patke Cooperator of the Year Award.

The conference is jointly sponsored by University of Missouri Extension and the Ste. Genevieve County Soil & Water Conservation District (SWCD).

Katie Kammler, horticulture expert for the Extension office in Ste. Genevieve County,  welcomed attendees and gave a brief history of the Century Farms project. It began in 1976 by the Missouri Commission For Agriculture, as the United States was celebrating its bicentennial.

Since then, more than 8,000 family farms in the state have been honored.

None were nominated in the county last year, after six were honored in 2017.

See complete story in the February 27 edition of the Herald.