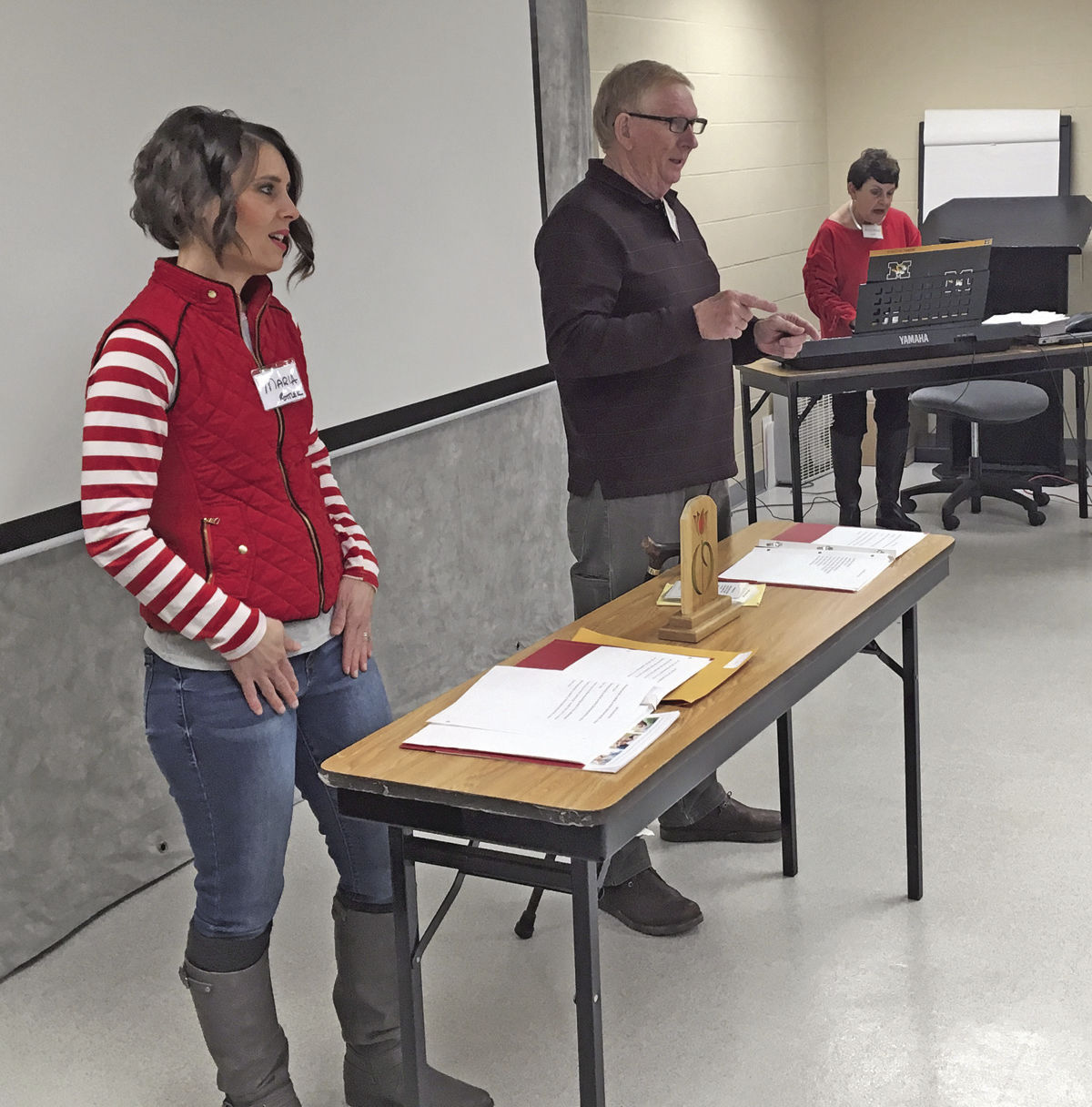 The monthly meetings of the Parkinson’s Pals support group resembles somewhat of a party.

There is singing, with hand-clapping and other movements.

There are snacks — for February, cookies and chocolate-covered strawberries were offered in honor of Valentine’s Days.

There is a brief workout.

And there is the more-expected talk about topics relative to Parkinson’s, such as medications and their effects.

But it is all important — even what looks like fun and games that help strengthen the areas where Parkinson’s looks for vulnerabilities.

Among the many symptoms of Parkinson’s are a change in voice to a soft monotone — thus, the emphasis on singing and projecting — and various movement problems such as unsteady balance, shuffling gait with poor arm swing and posture, rigidity and slowness of voluntary movements.

That just scratches the surface of symptoms, which may manifest themselves differently from person to person, day to day.

Griffard, who started the local group in 2000 and has coordinated it for much of the last 18 years, is stepping away.

“I started in 2000, and it’s time for me to move on,” Griffard said after attending the February 13 meeting, which was her last.

Teddy Ross and Maria Rottler are taking over coordination of the support group.

He and Rottler spoke with those in attendance about what kind of programs they would like to see going forward.

“We want this to be some place where you value spending your time every month,” Rottler told the group.

Griffard has given them a pretty good blueprint and a lot of material and resources from which to draw.

Griffard started the group, which is open to those suffering from Parkinson’s or any neurological disease and their care partners, after her father was diagnosed with Parkinson’s.

See complete story in the February 20 edition of the Herald.