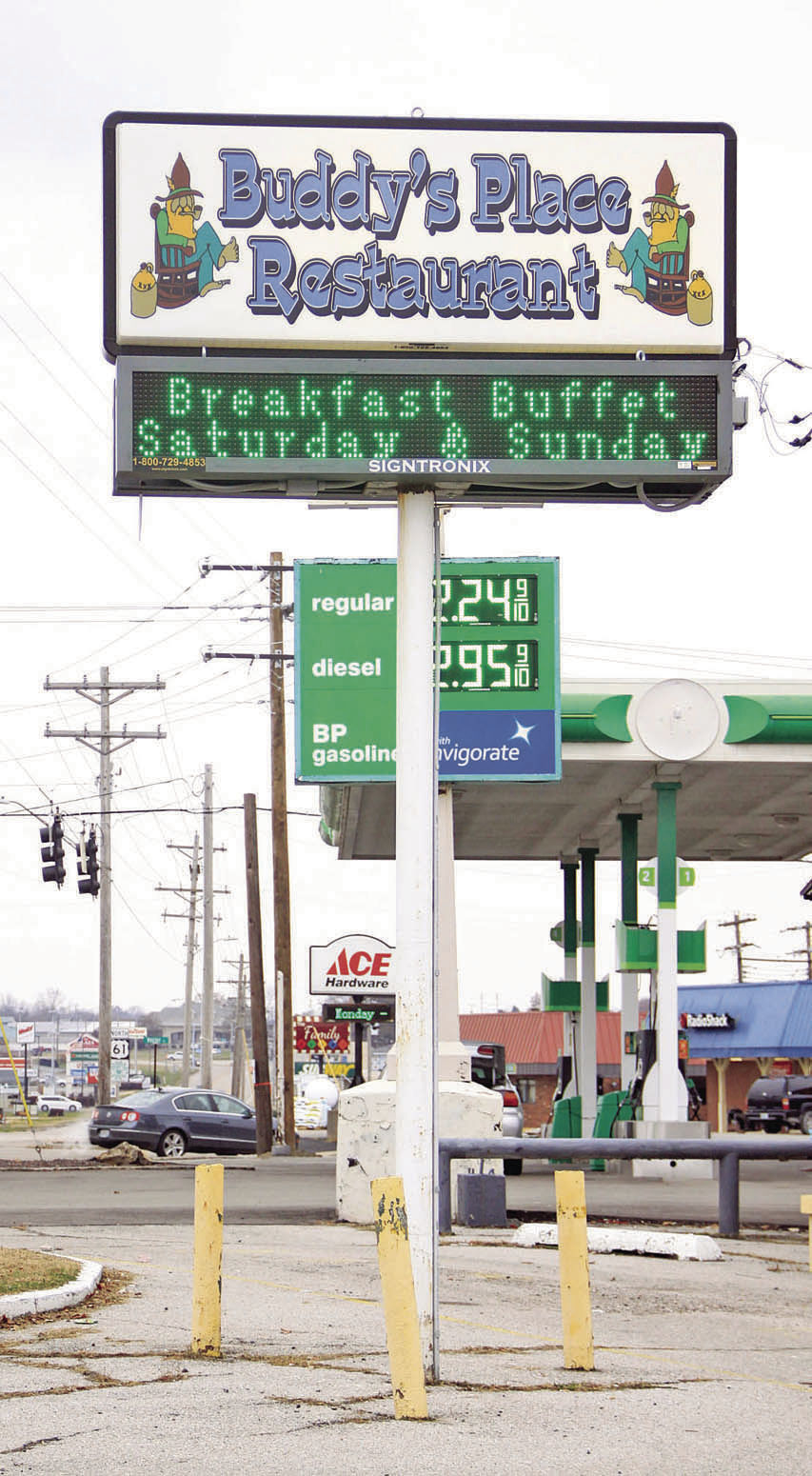 A public hearing took place last Thursday during the Board of Aldermen meeting for the sign that Mills wants to place at 181 Washington St., where he is moving his business, Buddy’s Place Restaurant.

The two-part display also includes an internally-lighted sign for the restaurant that will be able to move from the Highway 61 spot to the new location, formerly the Ste. Genevieve Aerie 4336 Eagles’ Lodge.

But on January 3, the city’s Planning and Zoning Commission voted unanimously to deny Mills the right to move and install the bottom half of the sign, with LED graphics that could be used to announce daily specials, offer holiday greetings or other messages.

That commission had no say about the upper half of the sign, which says “Buddy’s Place,” since it falls within city codes.

Mills wants to move both parts of the sign to the new location, which is not considered a contributing structure to the historic district, but is near a bed-and-breakfast and residences.

On January 10. the Board of Aldermen voted to accept the Planning and Zoning denial of the LED portion of the sign.

Mills last week appealed the aldermen’s rejection of the bottom half of the sign.

For a third time, both Mills and a large group of concerned neighbors showed up to voice their opinions.

City administrator Martin Toma instructed the aldermen at the start of the public hearing that, should they hear anything to change their minds, the issue could be put on the March 14 agenda. If no action is taken in 35 days, the January 10 rejection stands.

See compete story in the February 20 edition of the Herald.