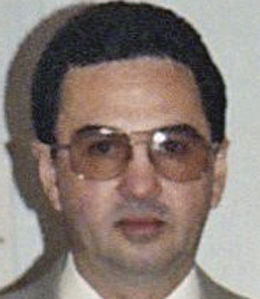 Stephen Thomas “Tom” Raic of Festus died on Thursday, February 7, 2019, at Fountainbleu Nursing Center in Festus. He was 77 years old.

He was born on December 29, 1941, in St Louis, a son of the late Stephen T. Raic, who was killed in action during World War II, and Margaret (Acuff) Raic Fast.

In addition to his parents he was preceded in death by his half-brother, Ivan Fast.

By statute of law, he was not required to serve in the military because he was the only surviving son of a veteran killed in action. But to honor his father, he voluntarily enlisted and honorably served his country in the U.S. Air Force. He served four years stationed primarily at Ramey Air Force Base in Puerto Rico.

He was employed for many years as a conductor with the BNSF Railroad, from which he retired.

He was an avid swimmer and enjoyed scuba diving while living in Puerto Rico. He also enjoyed fishing, watching and playing football, and reading. He was a member of the First Presbyterian Church of Ste. Genevieve.

Memorials may be made to the Disabled American Veterans (DAV).