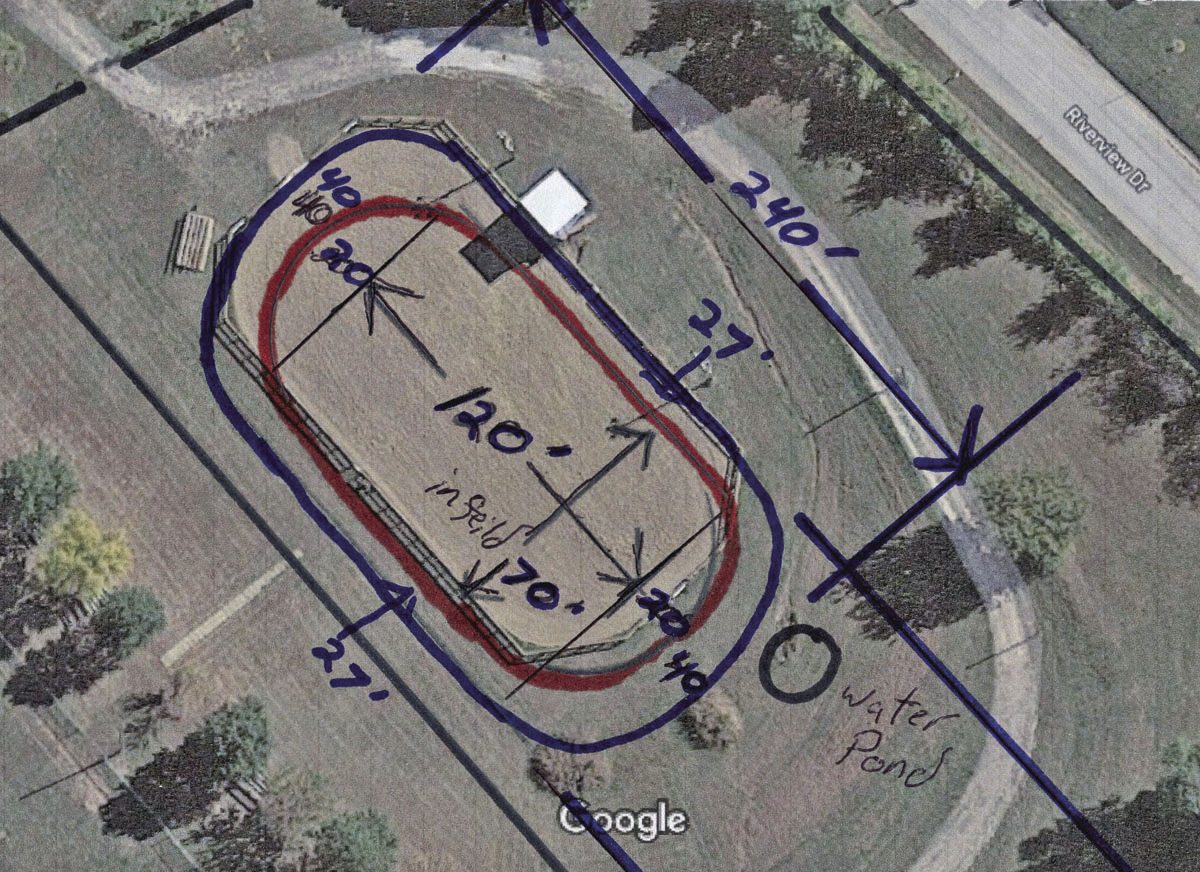 The horse arena at the Ste. Genevieve County Fairgrounds will be converted into a small dirt track oval for lawnmower and kart racing this year.

Fair board president Keith Skaggs announced the plan during a rules meeting for mower and kart drivers on February 3 in the Youth Building on the fairgrounds.

Skaggs said there was no set date for completion of the project, but he hoped that June races could take place on the track.

“I had a bunch of volunteers to bring equipment in, I will be getting some equipment from the county,” Skaggs said during the meeting. “We’ll be starting on it as soon as the weather breaks where we can get anything in there.”

He said the sand currently in the arena for horse shows will have to be pushed out.

The infield of the new track will be able to host horse shows, Skaggs said.

The oval will take a larger footprint than the horse arena, with a length of 240 feet, about 50 feet longer than the current arena, and a width of 125 feet, which is about 27 feet wider.

Skaggs said the corners will be banked about 6 feet.

Skaggs also announced that a small drainage ditch will be converted into a water pond to provide water for the track surface.