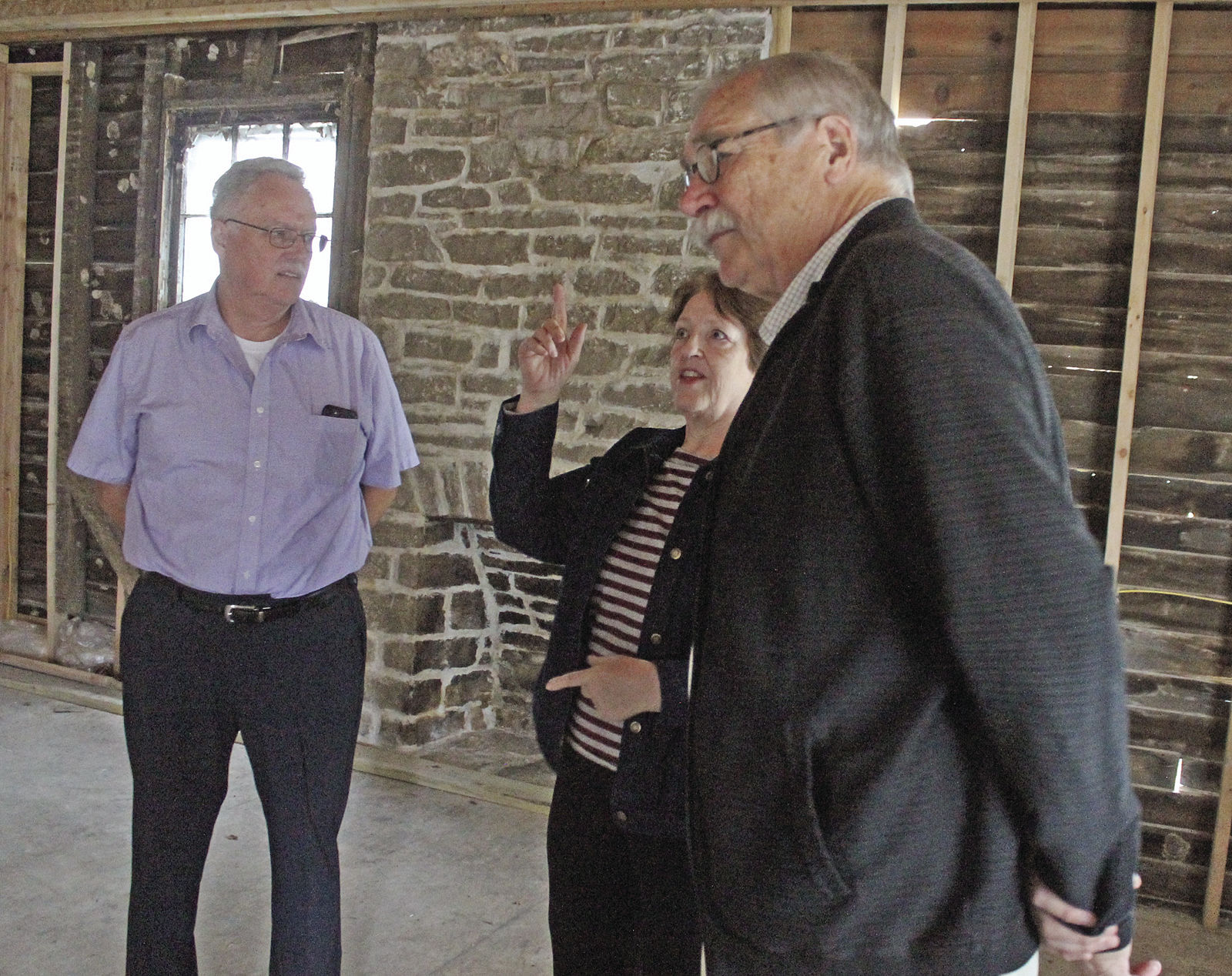 Among the many projects expected to be completed in 2019 to bolster Ste. Genevieve County and the historic downtown, the Oneille House is not a tourist destination but it will have a big impact.

Located on South Main Street near the Bolduc House, the Oneille House is known as the Silversmith’s House because its original occupant, Antoine Oneille, was a noted artisan in the late 18th century and early 19th century. His work is on display throughout the country.

The Oneille House is part of the Ste. Genevieve First Presbyterian Church campus.

Church member Becky Millinger has become an expert on Oneille while helping to lead the effort on restoring the house.

During her years of research, she has been impressed with Oneille’s work and the people he touched by producing silver pieces for serving sets, religious items and more. She can tie his work to a number of prominent people from Detroit to Vincennes, Indiana, to this area.

“He knew everybody,” Millinger said.

The church in 2014 began a campaign challenge grant in cooperation with the Jeffris Family Foundation. The church by June of 2017 raised $200,000 in order to receive a $100,000 grant from the foundation.

Seals Enterprises of St. Charles, operated by Carol Byington, who has two Ph.D.’s, is the contractor on the project.

Millinger last fall hosted a tour for Jeffris Family Foundation board member Royce Yeater. She said she anticipated a gala in 2019 to celebrate the progress on the project.

“We want to have an open house where people can come in and hear the story and see what we’ve done,” Millinger said. “We’re real proud of it.”

She said the First Presbyterian Church congregation was growing more excited about the project.

“I think now that they can visualize that we’re actually going to have a meeting room here and one there and the kids will have that area [upstairs],” Millinger said. “They’ll have a conference room where they can have games.”

The building will have meeting rooms and the church’s food pantry on the first floor as well as a disabled-accessible bathroom. The new food pantry will have shelving and coolers that will allow the church to provide greater services.

The second floor will be dedicated to the church’s “very active youth program,” as Rev. Steve Matthews described it. It will be an open space that will allow for a lot of activity.

The project is to be wrapped up by June 30 under the agreement with the Jeffris Family Foundation, which has a mission to preserve the cultural history and heritage of the Midwest. Millinger said last month that about 92 percent of the contractor’s work was complete.

See complete story in the February 13 edition of the Herald.