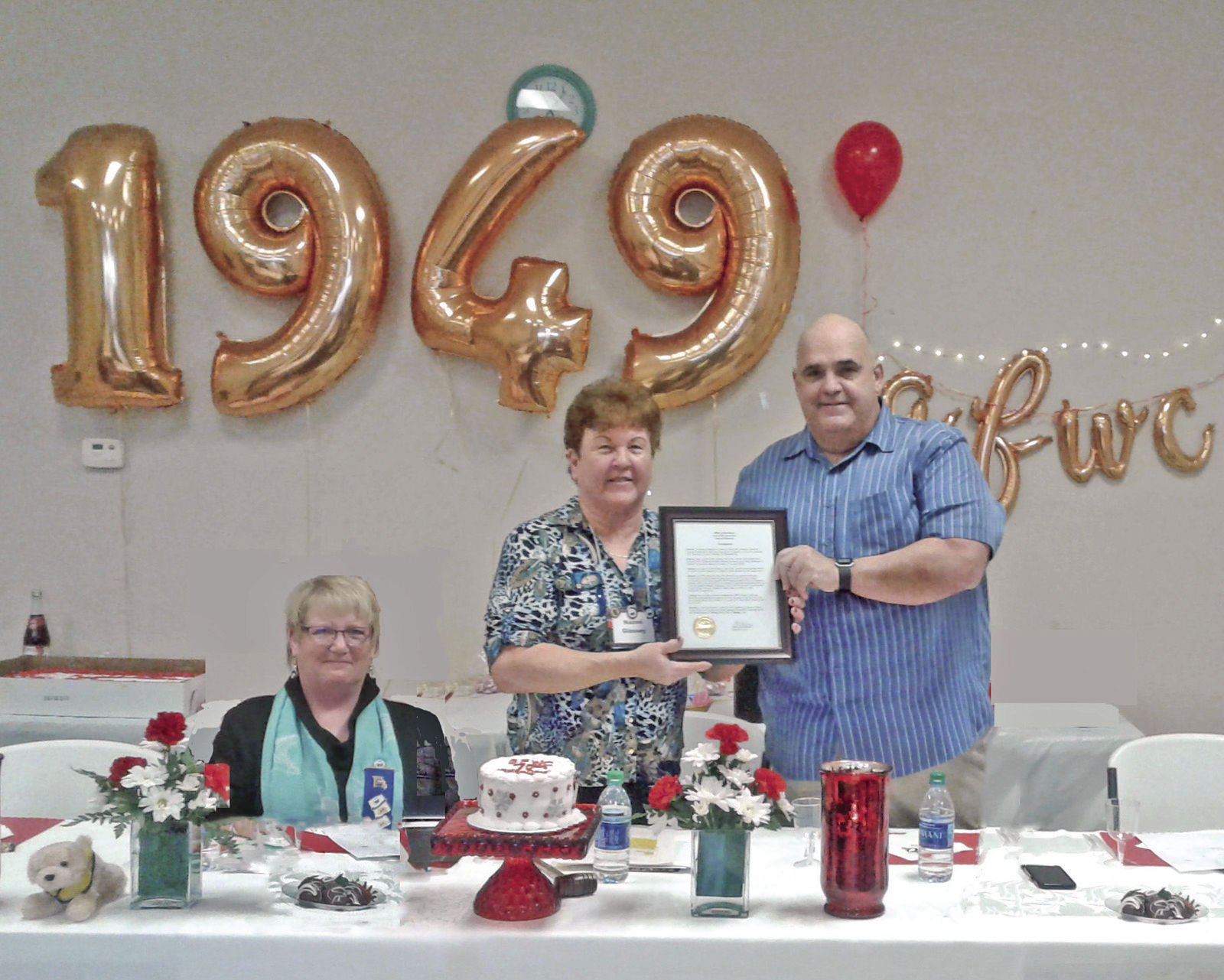 In addition to a full house, dignitaries were on hand to honor the 70-year milestone with official significance.

Hassler thanked the club for its service and added words of encouragement for the future.

The second speaker, Dr. Susan Gettys, president of GFWC of Missouri, praising the Woman’s Club of Ste. Genevieve as the largest club in the state.

The addition of two new members who joined at the meeting brought total club membership to 71.

Gettys also outlined the international initiatives set forth for the next two years to further advance the levels of service to worthy causes.

A report by local Reading Express representative Joann Schremp highlighted the benefits of the club’s donation to help provide books to preschool children in the Ste. Genevieve County.

Years of service awards were presented by GFWC of Missouri president-elect Judy Gustafson to those club members who had five-year increments of service. One special service award was given to Betty Donze for 67 years of service. She shared some recollections of the early Woman’s Club gatherings with the group.

Plans for the upcoming Women’s Health Fair were discussed as were plans for the Ninth District Spring Convention, which will be April 13 in Ste. Genevieve at Audubon’s Grill and Bar.

The General Federation of Women’s Clubs and the Woman’s Club of Ste. Genevieve are dedicated to strengthening the community and enhancing the lives of others through volunteer service.