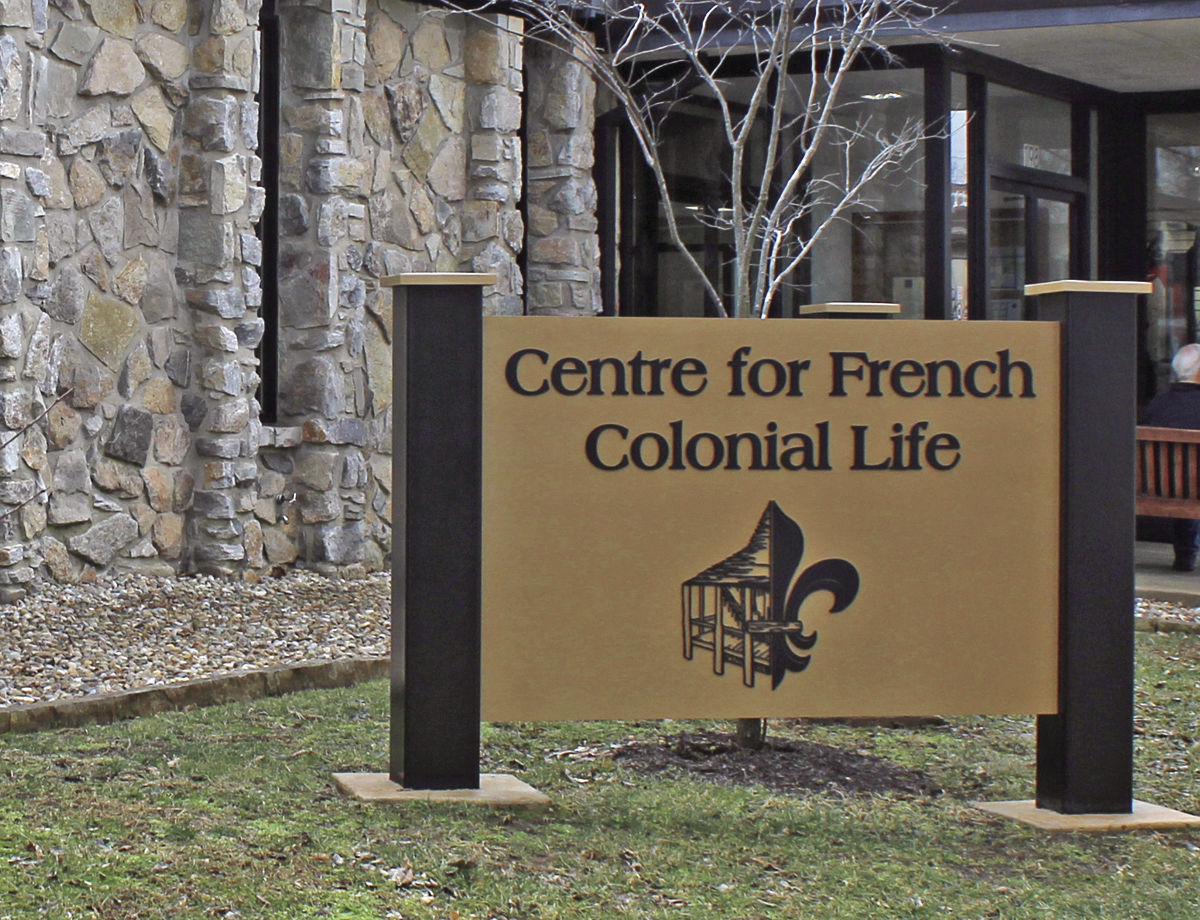 In order to better reflect its expanded mission — preserving and promoting the French Creole culture and history of the colonial period — the organization formerly known as “New France: The Other Colonial America” has announced its new name, “French Colonial America” (FCA).

At present, FCA oversees the seven-days-a-week operation of the Centre for French Colonial Life museum campus, which is owned by the National Society of Colonial Dames of America in the State of Missouri (NSCDA-MO). The museum campus in downtown Ste. Genevieve consists of the community’s only National Historic Landmark building, the late-18th century Louis Bolduc House, as well as the Bolduc-LeMeilleur House, Linden-Beauvais House, Jean-Baptiste Valle House and Francois Valle II House, and the newly renovated education and exhibits facility, the Centre for French Colonial Life, located at 198 Market St.

At the request of NSCDA-MO, FCA took over the renovation of the new facility in October of 2017.

After a series of delays, the project was completed in early 2018.

The Centre for French Colonial Life houses the campus gift shop, offices, a conference room, a lecture hall, a warming kitchen, a shaded patio and a curatorial lab. It currently features two exhibits: an orientation exhibit explaining the French and Spanish Colonial periods and the development of a unique creole culture in the region; and a temporary exhibit on the archaeology of creole communities in St. Louis, Prairie du Rocher [Illinois], and Ste. Genevieve. That exhibit includes materials found in excavations done on the Bolduc and Francois Valle II properties of the campus.

Among the members of the FCA board are Dr. Peter Raven, president emeritus of the Missouri Botanical Garden; Dr. Blanche Touhill, chancellor emeritus of the University of Missouri St. Louis; and Stephen L. Kling Jr., author of the book The Battle of St. Louis, The Attack on Cahokia and the American Revolution in the West.

FCA’s day-to-day focus is on providing guided tours of the Bolduc and LeMeilleur houses and offering group tours to school students, home-schoolers and life-long learners. Additionally, FCA participates in local festivals and organizes annual events, such as “Night of the Werewolf.”

Currently, FCA is raising funds for an extensive exhibit on the Revolutionary War Battles in St. Louis and Cahokia. It also is planning the installation of a new temporary exhibit for the spring of 2019 that will focus on hunting, fishing and living off the land in the colonial period.

Admission to the education and exhibits facility is free.

Historic house tour tickets are $10 for adults, $5 for children, and free for members of U.S. military.

(Information in a release from the French Colonial America.)