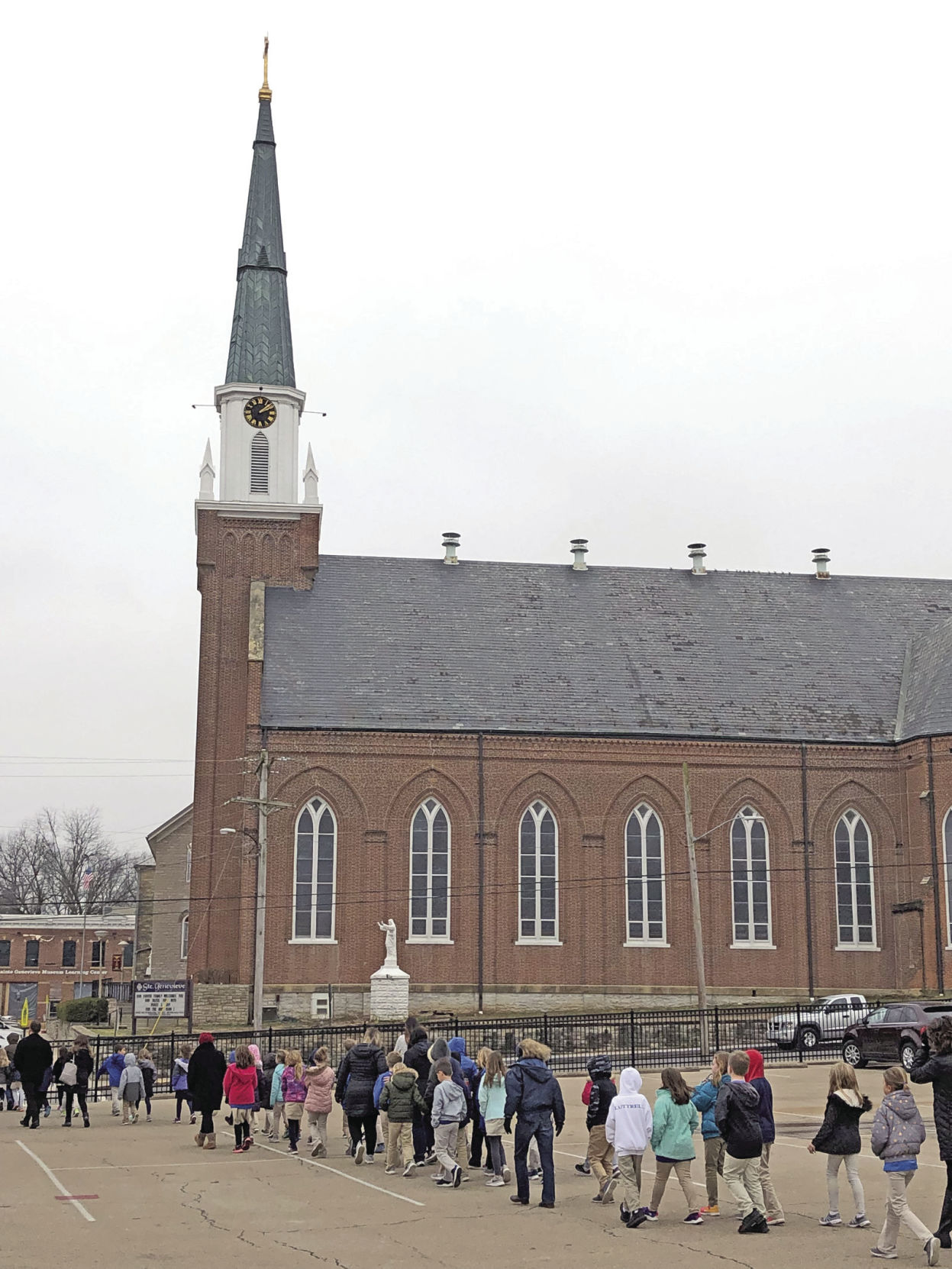 Valle Catholic juniors and seniors joined thousands who gathered in Washington, D.C., for the March for Life on January 18. The March for Life marks the anniversary of the Supreme Court decision legalizing abortion. The group also had the opportunity to see national monuments and the wreath-laying ceremony at Arlington National Cemetery. Students and staff from Valle Catholic participated in a Ste. Genevieve March for Life, also on January 18. The Ste. Genevieve silent witness began with an opening prayer. Participants marched from the Valle Desert and around the town square while Valle Catholic juniors, seniors and parents marched in Washington, D.C. The local event culminated with a candlelight prayer service at the Church of Ste. Genevieve. (Photos, information from Valle Catholic School.)