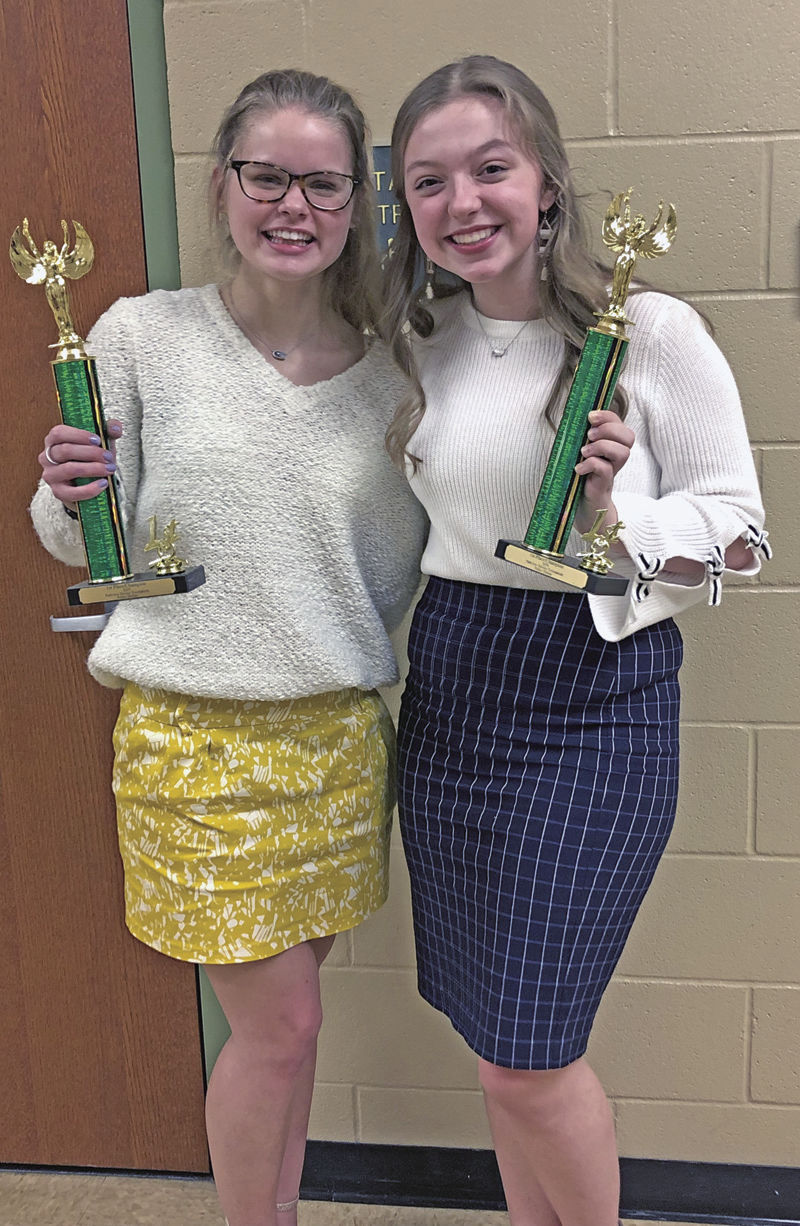 The Ste. Genevieve High School competitive speech and debate team competed against 39 other schools at the Bob Bilyeu Invitational Tournament on January 25 and 26 in Springfield, Missouri. The event is one of the largest speech invitationals in the state annually and always is highly competitive. Katelyn Fuller was ranked 11th in novice domestic extemporaneous speaking and Geneva Crump was ranked 11th in varsity dramatic interpretation. Fuller and Addie Taylor placed first in the tournament in novice policy debate. (Photo, information from Ste. Genevieve R-II School District)

Should the proposed Silica Sand Mine Be Opened?