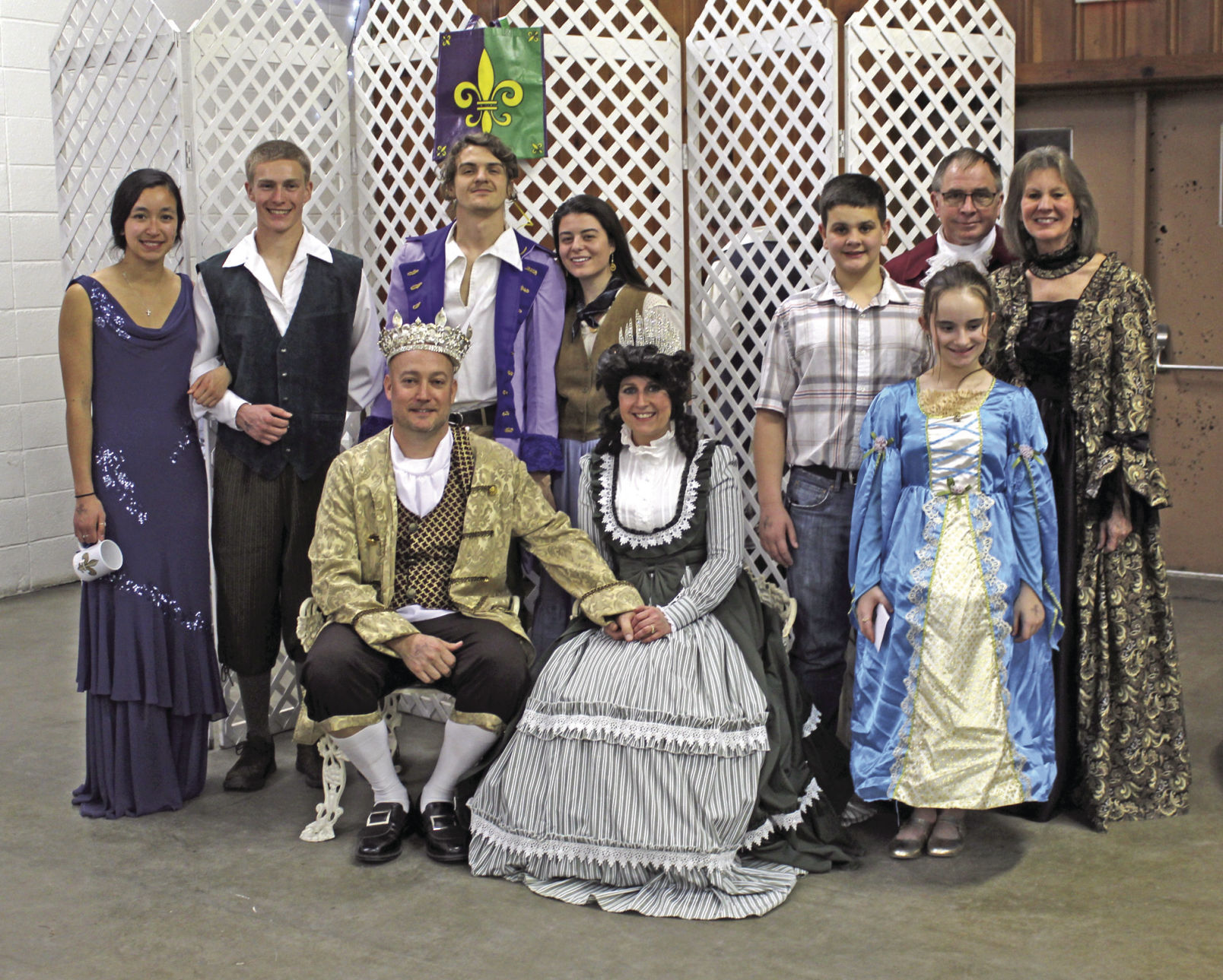 After the king’s cakes were brought out at the King’s Ball in the VFW Hall to determine the members of the royal court, several minutes passed before the baby Jesus charm was finally found.

Joe Steiger was on his fourth piece of cake when he made the discovery that made him the king.

He chose, appropriately, his wife Zenna as the queen.

Rounding out the court were attendants Benjamin Naeger and Megan Ng and junior attendants Joe Simmons and Sophia Piotrowski.

Bill Oberle and his wife Chris were honored as Le Chevalier and La Dame of the event, honorary titles given to those who are recognized for their contributions to the community.

The retiring king, Eddie Naeger, was not in attendance, so his brother Ollie served in that role.