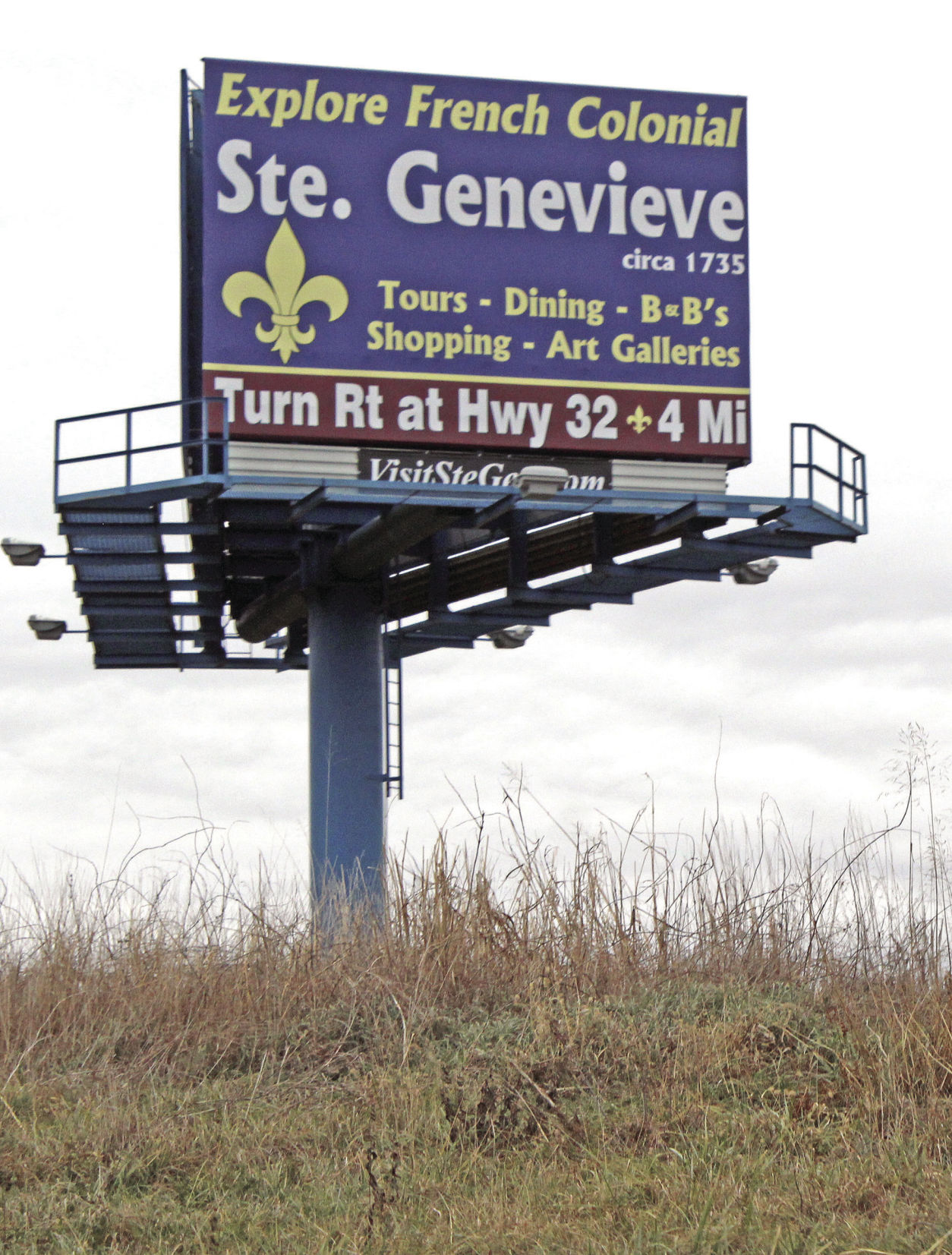 Less than a year after the city of Ste. Genevieve’s Tourism Tax Commission decided to basically abandon highway billboard advertising, its fellow tourism organization, the Tourism Advisory Council gave traditional billboards a vote of confidence during its January 29 meeting.

“At one point we had billboards out on [Interstate] 55,” tourism director Sandra Cabot told the Tourism Advisory Council. “We actually had two of them. We do still have a billboard as you’re coming into Ste. Genevieve from wine country [on Route B], because there’s a lot of traffic that gets off at 55 and just goes back and forth to wine country, and we wanted them to see it. So we still have that one for the wine country.”

Cabot said she has been questioned about the decision to abandon the I-55 billboards in favor of online marketing and rack card distribution.

“I’ve had a number of business owners stop me and ask me why we ever decided that having a billboard wasn’t a priority and was there a way that we could get one back,” she said.

She asked the members if they had received any feedback on the issue.

“People have stated that they accidentally found us because of the [St. Mary] antique mall sign,” said council member Kandye Mahurin, who operates Sassafras Creek Originals.

“I am a fan of highway billboards,” council president Sara Menard said. “I think Ste. Genevieve needs a highway billboard. The only evidence I have is sort of anecdotal. … People definitely say they’ve come to the shop [Sara’s Ice Cream] because they saw the billboard. …

“It’s clearly anecdotal — I don’t have any statistics — but I think advertising pays and I think a billboard is a way to reach a lot of people in a big hurry.”

“I’ve had four or five people come in and say, ‘What a charming town. I found it because I was on my way to the antique mall,’” Mahurin said.

Cabot said she asked the billboard company to keep Ste. Genevieve in mind if the sign becomes available again.

Council member Laura Oliver said it is hard to track whether money spent on billboards pays off. If a billboard is pursued, she suggested that “trading” the one on Route B for one on the interstate  might be the way to go.