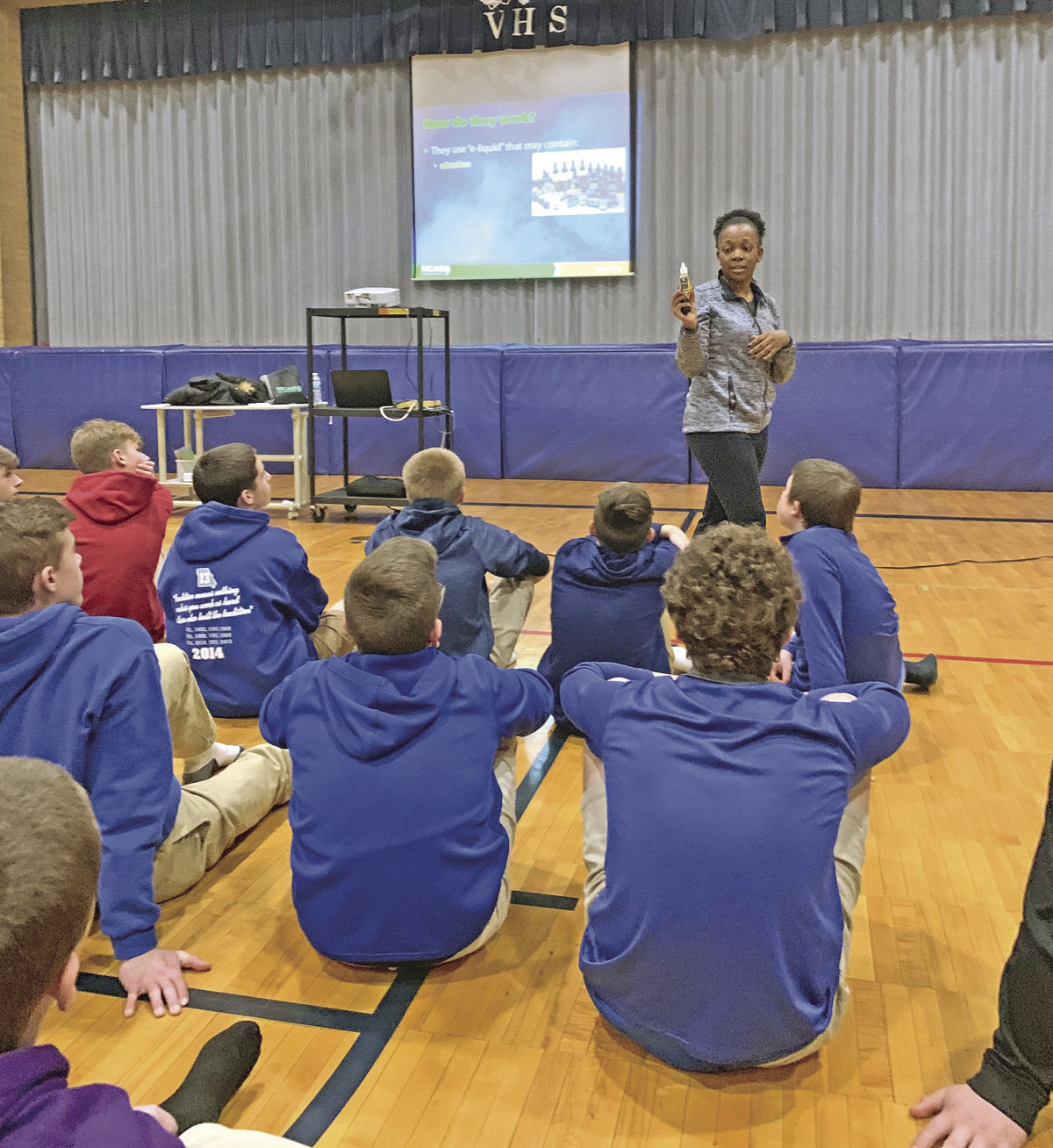 Students in Valle Catholic’s middle and high schools attended a presentation on vaping on January 16.

Heather Craig, from the National Council of Alcohol and Drug Abuse, spoke to the students on the dangers of vaping and nicotine. She was accompanied by Diane Giesler of the Ste. Genevieve County Health Department.

E-cigarettes are not regulated by the Food and Drug Administration, which means what is contained in their juice is unknown. Even if the juice says “no nicotine,” nicotine has been found. Nicotine can cause serious effects on the brain, especially those of younger people as their brains aren’t fully developed until the age of 25.

Craig showed the students various e-cigarettes so they are prepared to say “no thank you” if they are offered one.