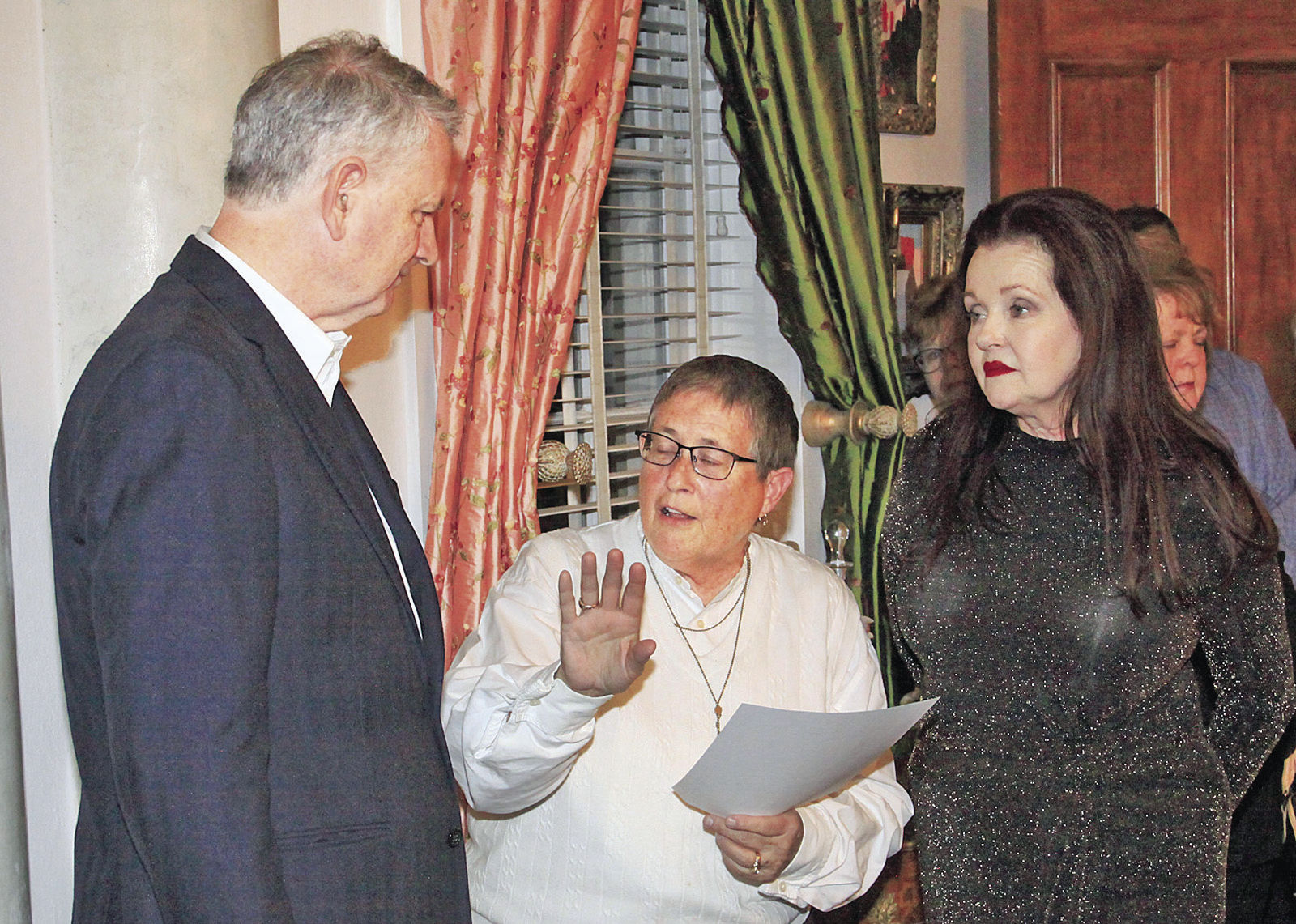 Historic preservation and tourism leaders gathered at the historic Ste. Genevieve Academy on January 8 to mark the 200th anniversary of the Christian Brothers establishing their first school in the United States in the Academy building in January of 1819.

“On this date in 1819, we had the three monks travel across the Missouri wilderness to start the first Christian Brothers school in North America,” Academy owner Frank Rolfe told his guests, noting that it had been in the original 1808 rock portion of his home.

“It didn’t last a super long time,” he admitted.

The Christian Brothers’ time at the school ended after three years.

Rolfe said he wanted to honor those who had helped keep the building standing and the legacy of that first school alive over the years.

See complete story in the January 30 edition of the Herald.