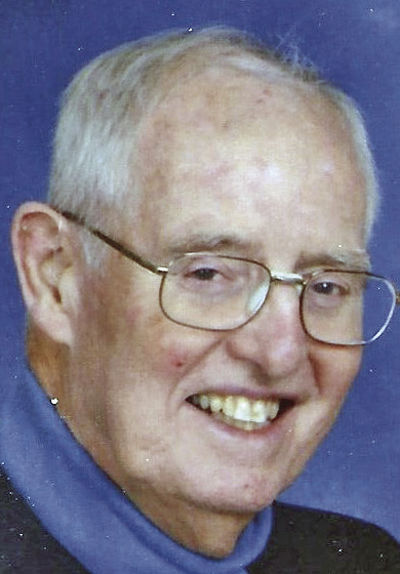 He was married to Julie (Roerkohl) Okenfuss on October 15, 1960, at Sacred Heart Church in Florissant, and she survives.

He graduated from Valle High School and then attended Missouri School of Mines and Metallurgy in Rolla, where he earned both bachelor’s and master’s degrees in chemical engineering. He met his future bride, a Fontbonne College student from Florissant, at a Rolla vs. Washington University football game.

He and his wife moved to Cincinnati to work for Procter & Gamble in 1960. In Cincinnati, they raised a family of three sons. He worked at Procter & Gamble for 35 years and traveled the world, instilling a global spirit in his family.

He will be missed by friends and family around the world.

Memorials may be made to the Alzheimer’s Association.