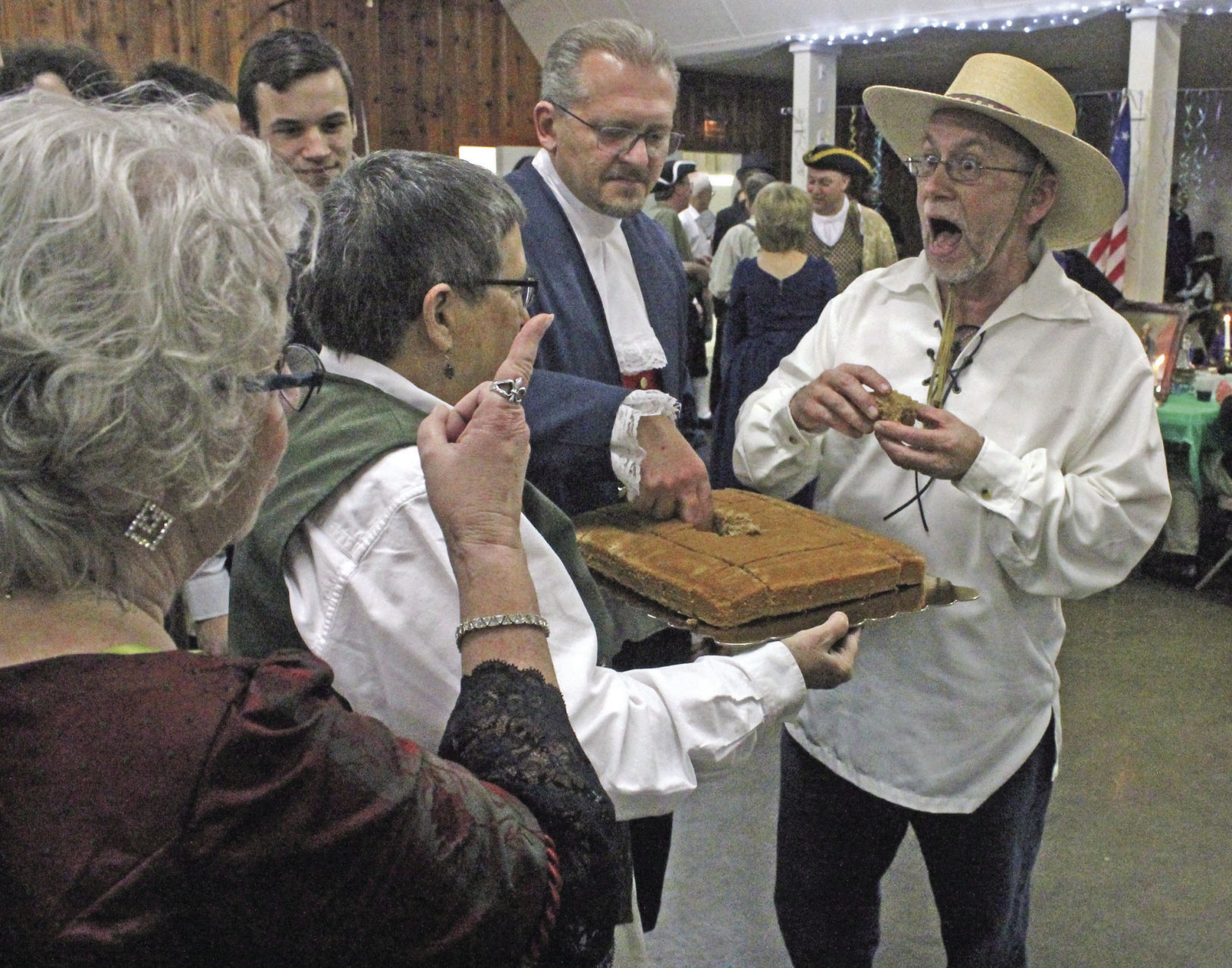 Ste. Genevieve will continue one of its unique connections to its French colonial past this weekend.

The annual King’s Ball maintains a tradition the settlers brought from France to Canada and then down into what was called the Illinois Country. A figure of baby Jesus (originally just a bean) will be baked into one of the large sheet cakes prepared for the ball. Each male will receive a piece of La Galette des Rois or “the king’s cake.” Whoever gets the Jesus figure in his piece is crowned king and then gets to choose his queen.

Ellie Douglass and Mickey Koetting have been the organizers for the event since the mid-1990s and have tried to get it back to its French Canadian roots.

Traditional costumes are encouraged but not required.

Quick lessons before each dance are provided, with music and instruction from Cousin Curtis and the Cash Rebates.

— The annual King’s Ball at the  VFW Lodge at 852 Memorial Drive on Saturday, February 2, will begin at 8 p.m.

Bill and Chris Oberle will be the Chavalier and Le Dame of the ball.