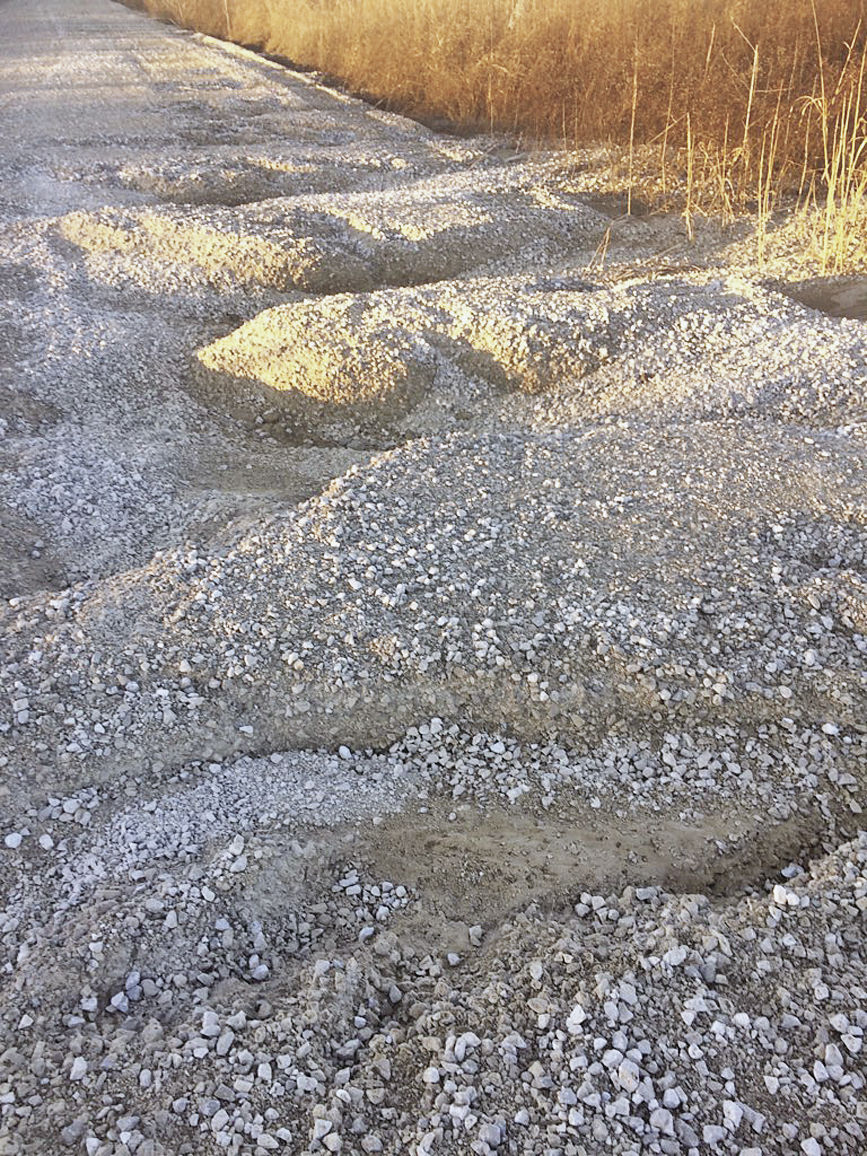 Damage to Division Street near the city of Ste. Genevieve’s burn area was one of the main points of discussion at the Levee District 3 meeting on January 14.

The gravel roadway was washed out in spots due to recent rains.

“It went over the curve there, at the burn area, probably by about six or eight inches on that road,” district board president Vern Bauman reported. “Right around the curve, by the city burn area.”

He said cornstalks and other debris had washed onto the road where it turns toward the Urban Design Levee.

Both Mayor Paul Hassler and new board member Tom Okenfuss passed around photos they had taken of the damage on their phones.

Bauman said Chris Koehler of Koehler Engineering in Jackson had originally intended to be at last week’s meeting.

“Chris was going to look at the possibility of making a dirt berm there and hook into the concrete block at the pipe and then we’d hook into that pile of gravel at the burn area,” Bauman said. “And when we did that, we’d make a little channel on the west side of the road and it can go around the curve and fill that other, the north pool, the very north pool, quicker.”

In December 2016, the U.S. Fish & Wildlife Service’s Partners For Fish and Wildlife Program, in partnership with the city of Ste. Genevieve, planted pecan, burr oak and cypress trees in 30 acres of bottomland between North Main Street and the Urban Design. Some of those trees will need to be moved to secure Division Street. …

Bauman asked if a special meeting needed to be called to discuss options with Koehler.

Board member Phil Eydmann said meeting with Koehler would be good to go over all the possible options.

“Throw ’em all out there and just sit there and see what he says,” Eydmann said. “Because we need our road out there.”

“We’ll give Chris a call and go from there,” Bauman said.

“We’ve all got ideas,” Eydmann said. “Whether they work or they don’t, let him say whether he thinks they may work or not. Then, we come up with one that sounds halfway reasonable, we’ll have to get a cost estimate.”