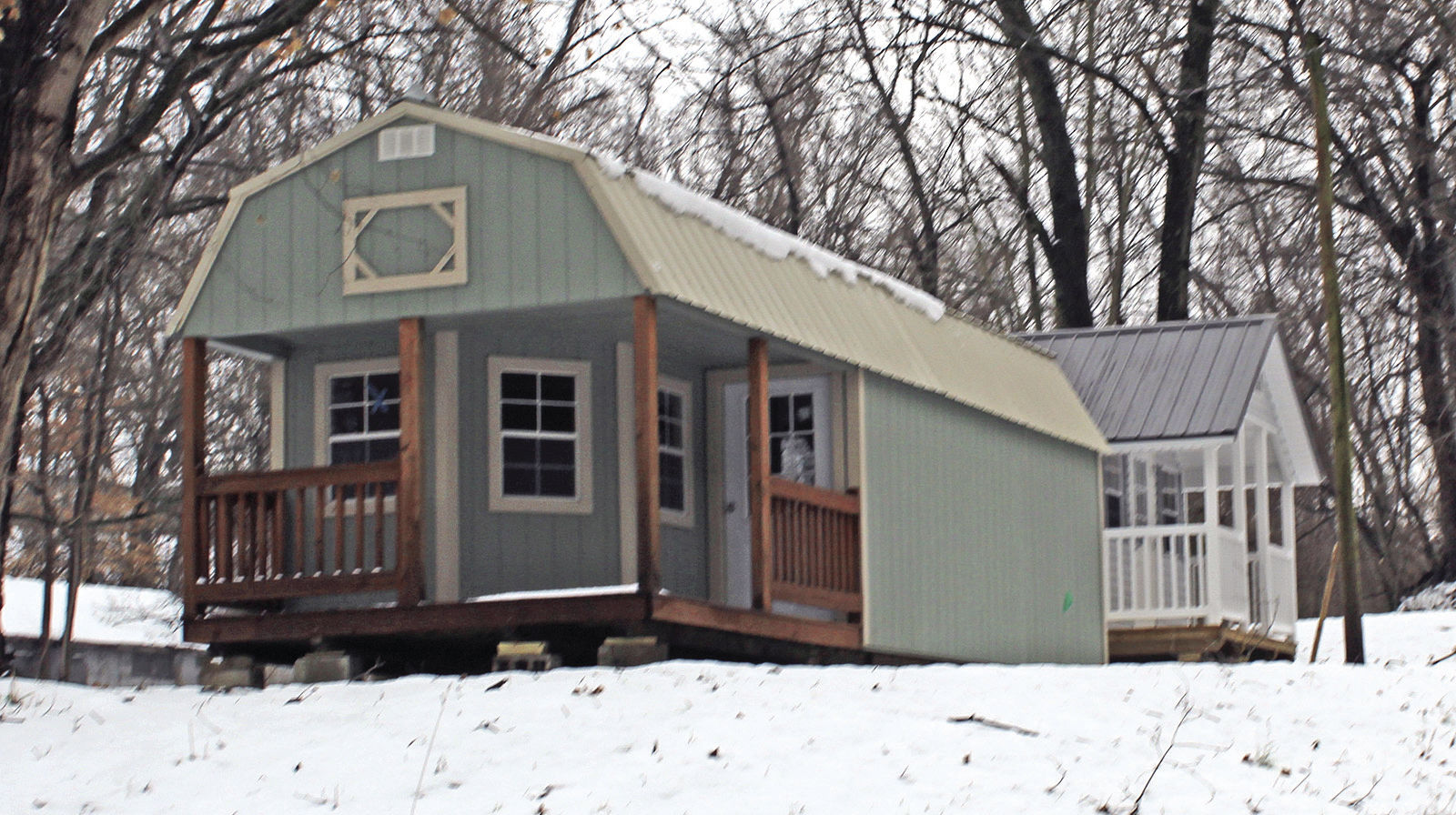 Connie Pritchard talked with the St. Mary Board of Aldermen last week about what steps she might be able to take to rent sheds on her property at 804 Fourth St.

Pritchard said she had come to the board previously about opening a retail business/discount store in the Lawbaugh Building but that the “building was not suitable enough for us.”

The sheds already had been placed on her property, which drew some reaction from city officials during the meeting for various reasons.

She wanted to make them into places that people could rent to stay the night. But she said they could be used as just sheds.

“Of course you can have a portable shed,” board president Brian Helms said, “if you go with our collector and get a permit for a portable shed and you put it in the designated area that’s approved by our city water department and our officials here who know where you should place them so you’re not covering up anything important — sewer lines or something like that.

“A housing unit has to be approved by an inspector … and houses have to have certain standards. I’m sure we have to have bathrooms and things like that.”

City Collector Annette Hacker, who also is the city’s building inspector, said the sheds were brought in and placed without a permit. She also said they would have to be moved because they were placed over a sewer discharge line.

Pritchard said she was not surprised by that, as the sheds were delivered to her property before they were ready for them.

Pritchard said she also wanted access to the road that was overgrown adjacent to their property.

Helms asked Alderwoman Rose Rosenzweig to look into the property and the status of the road.

He asked the Pritchards to come back when they had a written plan for the sheds as a place for people to stay.

See complete story in the January 16 edition of the Herald.