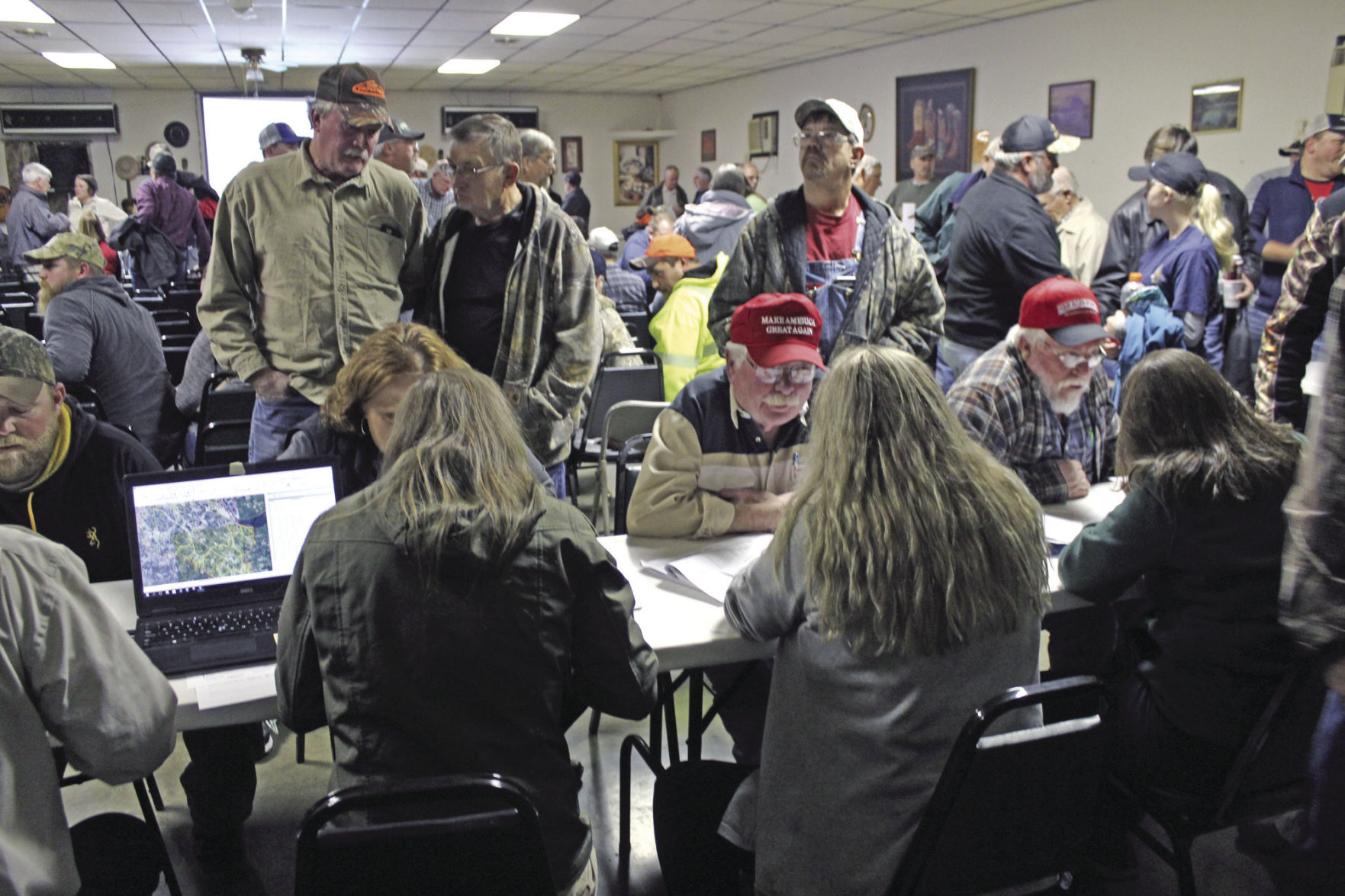 Property owners in southern Ste. Genevieve County will have the opportunity to participate in a culling program this winter in an effort to slow the spread of chronic wasting disease (CWD) among deer in the area.

The Missouri Department of Conservation hosted an informational meeting on January 8 which drew a capacity crowd to the CMA Hall in St. Mary.

More than 150 property owners and their guests attended the meeting.

The property owners had the option to sign up after the meeting for the culling program, which will allow deer to be harvested from January 16 to March 15 to monitor the CWD situation.

Seven deer had tested positive in the area from mandatory testing in the area from the fall 2018 hunting period, said Jasmine Batten, wildlife research coordinator for the Missouri Department of Conservation, who was the main speaker for the meeting.

That followed four deer testing positive from the fall of 2017 hunting season and three more from the culling effort in southern Ste. Genevieve County in the winter of 2018. …

Another 141 deer were taken in a culling period last winter in northern Ste. Genevieve County and southern Jefferson County.

The Department of Conservation had a meeting in southern Jefferson County recently as well.

CWD is a neurological disease that results in death for deer and elk. Infected deer and elk may carry the disease for about 18 months before showing signs of being ill, allowing the disease to spread among the deer population.

The misfolded proteins that cause the disease also stay in the environment — soil and water — for a long time, Batten said. Even in death, carcasses can spread the disease, making it hard to control, Batten said.

She presented information to show how catastrophic the spread can be in areas where it is not managed.

See complete story in the January 16 edition of the Herald.