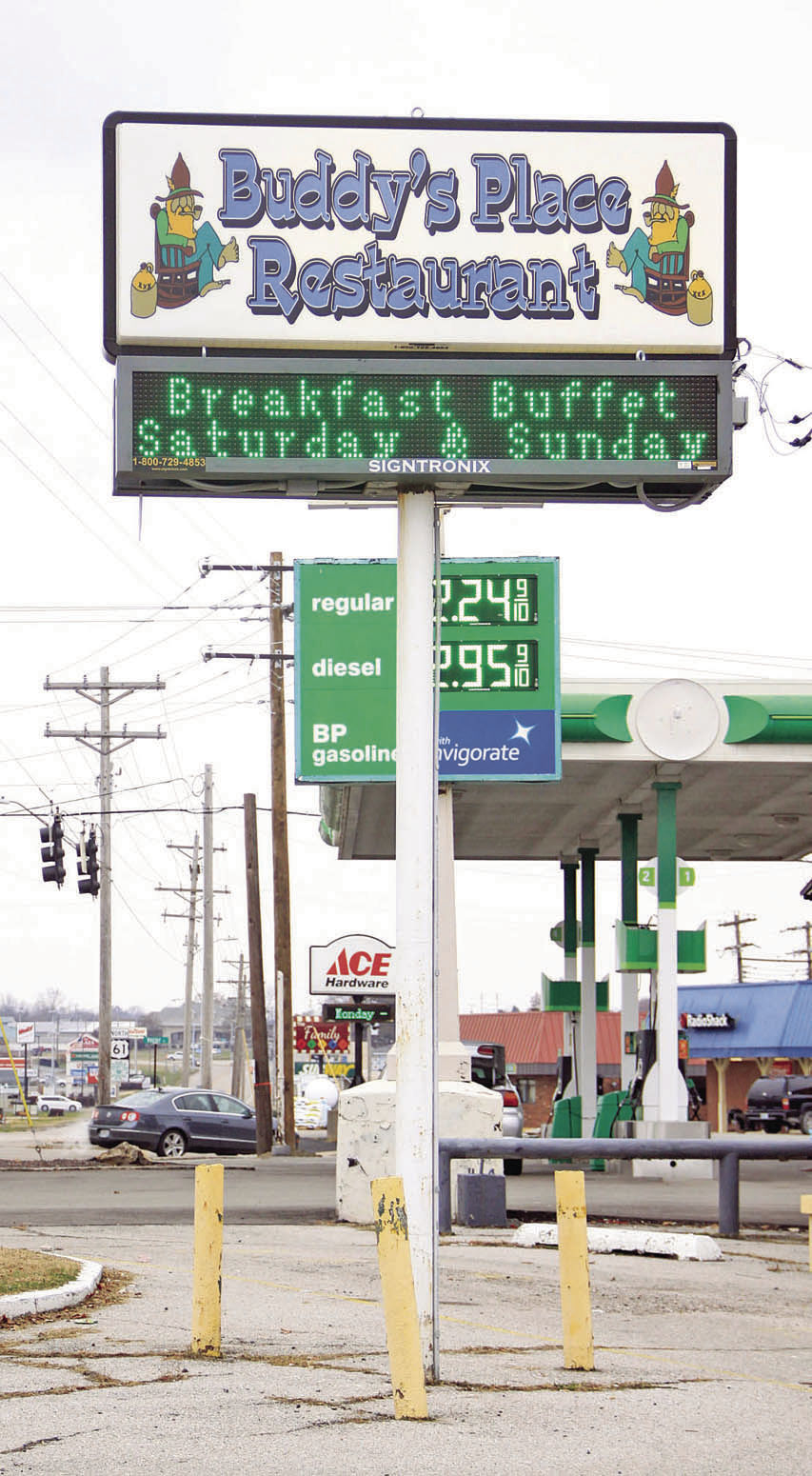 After hearing from several neighbors, the Ste. Genevieve Planning and Zoning Commission voted 7-0 last Thursday to deny a special use permit for Michael and Jenna Mills to install and operate an illuminated digital/LED pole sign at 181 Washington.

The Millses are moving their restaurant, Buddy’s Place, from Highway 61 to the old Ste. Genevieve Aerie 4336 Eagles’ Lodge on Washington Street. They were wanting to move both portions of  their current two-part sign to the new location.

The Heritage Commission granted a Certificate of Appropriateness for the sign following an animated debate at its November meeting.

“To clarify,” community development administrator David Bova said at the start of the meeting, “the only question we’re solving here tonight in Planning and Zoning is whether the illuminated digital LED portion of the sign can be placed there. It would be a variance to the ordinance. Right now it’s only allowed in certain sections of the city.”

He noted that the building is in an area of various commercial and residential properties.

Therefore the top portion of the sign, which says “Buddy’s Place Restaurant,” is permissible within the city ordinances and did not need approval.

See complete story in the January 9 edition of the Herald.